Spirit of Rugby nominees recognised at the World Rugby Awards 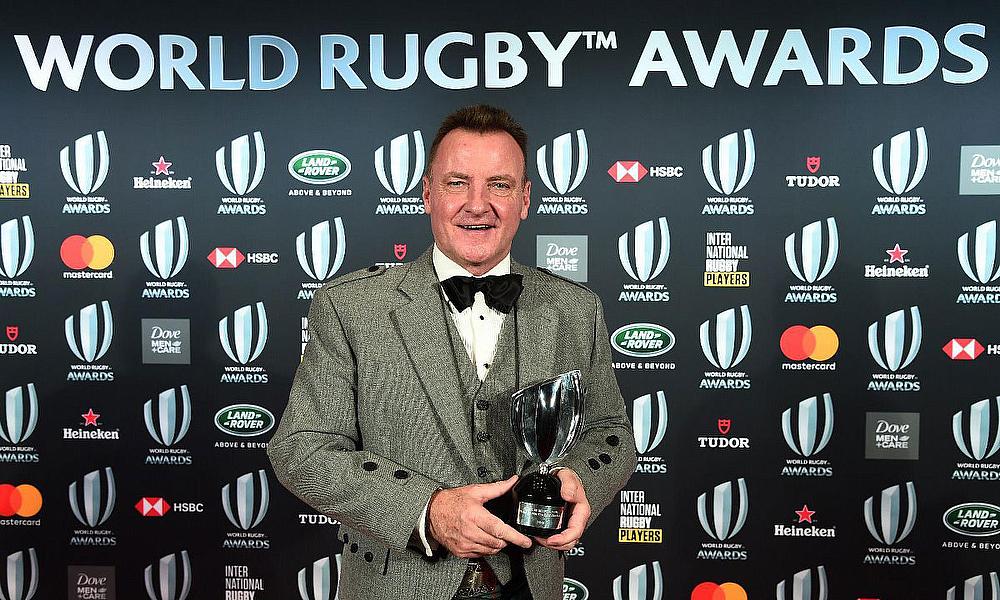 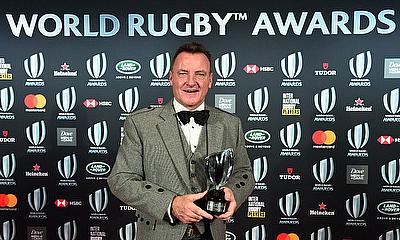 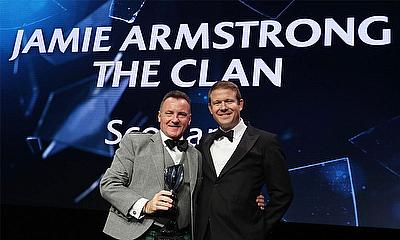 Jamie Armstrong recieves the Spirit of Rugby award in Monaco at the World Rugby Awards, in association with Dove Men+Care.

Both Armstrong and Harinder Singh are doing exactly that, which was why the pair were nominated for World Rugby’s Spirit of Rugby Award on Sunday evening.

At a packed venue in Monte Carlo in front of some of rugby’s biggest stars, it was Armstrong who won the award for his excellent work with the charity Trust Rugby International - which helps the unified form of the game.

An incredible story and now the recipient of the Spirit of Rugby Award, in association with @DoveMenUK congratulations to Jamie Armstrong and The Clan #SpiritOfRugby #WorldRugbyAwards pic.twitter.com/DwX33j26aD

In unified rugby, disabled and non-disabled players play on the same team; those with disabilities wear a red scrum cap, meaning they do not receive a full tackle and are protected in the tackle areas of the game.

“It is humbling in lots of ways, but it is more of a celebration of what everyone has done within the mixed ability unified sport within Britain, Ireland and Europe over the last 30 years,” Armstrong told TRU in Monaco.

“What we have been doing in Scotland is trying to build a model to help other countries replicate it.

“For me, it is very humbling to be recognised for this. At the same time, it is inspiring because it is now recognised so let’s make it something we can really build on and get it on the World Rugby platform moving forward.”

In terms of the future, Armstrong is looking further ashore to keep the unified form of the game growing, but it is in his native Scotland where he is focusing on of now.

He added: “We have got a couple of things in the pipeline. We have set-up a new project in New Zealand and we have one in Spain so we want to build on that.

“We are now, in Scotland, setting up the first women’s team and we are now looking at U18s and U20s programmes so we get a growth through.

“We want to see how we can look at law variations and how we look at getting the game into the nuts and bolts of Scottish rugby to try and set up a model which world rugby can look at as well as how we can support other countries by giving them a toolbox to go and start this fantastic version of the game.”

While Armstrong may have picked up the award in Monaco at the weekend, he will be the first to tell you that fellow nominee Harinder Singh was also a winner.

Singh’s love for rugby started at a young age and after taking up the sport in India, he is now also the manager of the junior, senior, men’s and women’s sides which make up Jungle Crows.

A lot of the players which Singh is in charge of come from disadvantaged backgrounds, but he is supporting them through the game of rugby.

“It [the award nomination] will definitely give a big boost to what we do back in India, especially when it comes to working with young people and children, improving their lives and getting them to be better citizens for their country,” Singh told TRU.

“I am heavily involved with the rugby project in Kolkata and I would certainly like to take this around India because India is a massive country with 1.3 billion people.

“The sport and the values which rugby shares is tremendous. I, myself, have personally got a lot out of it and I believe that if this is shared among the youngsters of my country, it will definitely go a long way. If you channel these values through a sport, it gets engraved into a person naturally.

“Rugby has such great discipline and the solidarity which we share among teammates is brilliant. That’s what gets us passionate about the sport.”

Singh hopes the game will continue to grow in his country and he also believes the Rugby World Cup will one day come to India, with Japan hosting the first Asian world cup next year.

He continued: “Japan is going to host the Rugby World Cup next year which is amazing and I believe that it will definitely come to India at a later stage. India is such a cricket dominant country, but I think they should take rugby as a sport for the next generation.

“It is a bit disappointing that rugby is not televised, but if we get broadcastings in India for rugby, I am pretty sure that in the coming years, we will have tournaments hosted in India and people will know about rugby and it will share the values around the country.”

At the weekend, Armstrong and Singh were rightly recognised for their work and both thoroughly enjoyed their evening in Monaco.

Armstrong said: “It has been brilliant. Do you know what gets me? It is the down to earth approach from everyone here. I met Rory Best out in the corridor and he was shaking my hand and I was like, ‘No I am shaking your hand!’. There are very few egos in this room and it is lovely to see that. Everyone appreciates everybody.

“Being at the World Rugby Awards makes you feel so unreal, being in Monaco and being surrounded by such great personalities in world rugby is tremendous and it’s the best feeling a rugby person can ever have,” concluded Singh. “Being nominated in the Spirt of Rugby category makes me feel very proud.”