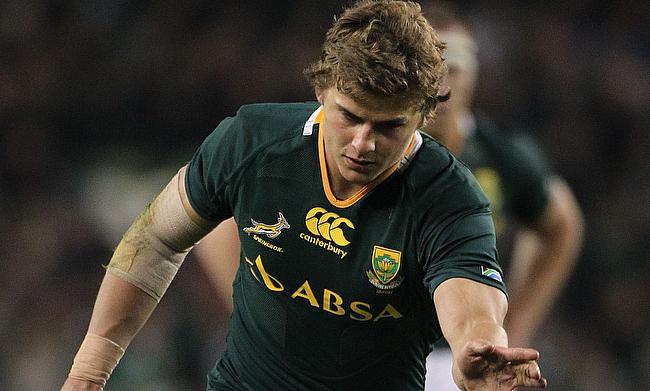 Racing 92 have confirmed that South Africa international Patrick Lambie has signed a four-year deal with the Top 14 club.

The fly-half will move to the French club after managing to secure an early release from Sharks. He has been part of the Super Rugby club since 2010 and will be joining Racing 92 on 1st November subject to medical clearance.

"Racing 92 is pleased to announce the recruitment of South African international Patrick Lambie from 1 November to 2021, subject to traditional medical examinations," Racing 92 said in a statement on their website.

"This world-class fly-half is signed as an 'additional player' and his signature completes the Racing recruitment campaign."

The 26-year-old's career has been marred by a series of injuries that includes a couple of concussions that sidelined him for a considerable amount of time.

Lambie will join former All Blacks star Dan Carter at Racing 92 with the latter in his final season of his three year contract with the French club.

Lambie's move to France is unlikely to affect his selection with the national team as he has crossed the 30 Test threshold that is needed for the overseas players to be eligible to represent the Springboks.

France's Top 14 tournament to be abandoned