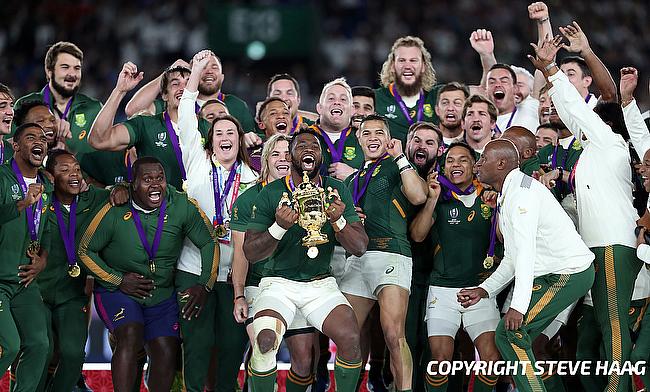 South Africa have unveiled their home schedule for 2022 that will include a home series against Wales.

The Springboks haven't played in front of home crowd since the pandemic Covid-19 crisis with the series against the British and Irish Lions and Georgia were played under closed doors.

The will now be hoping to welcome the spectators for the first time in over two years as they kick-start their home campaign with a three-game series against Wales.

The opening Test against Wales will be played at Loftus Versfeld in Pretoria on 2nd July before they meet again on 9th July at Bloemfontein.

The third and final Test will be hosted at DHL Stadium in Cape Town.

The Rugby Championship schedule also sees a change as the All Blacks will head to South Africa for two games as compared to the usual tradition of one home and one away fixture.

Mbombela Stadium in Nelspruit will host South Africa's opening game of the tournament against Ian Foster's men on 6th August followed by another game against New Zealand on 13th August at Emirates Airline Park in Johannesburg.

With the venue for the games against Australia yet to be finalised, Durban will host South Africa's final home fixture against Argentina on 24th September.