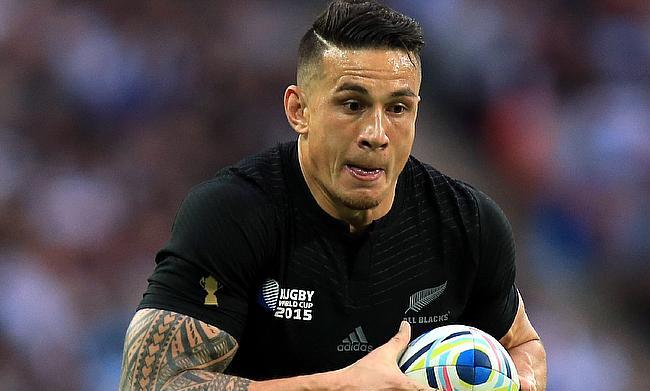 Blues and All Blacks midfielder Sonny Bill Williams is reportedly on the brink of returning to action in Super Rugby after missing out in the last two months with a knee injury.

Williams, however, trained with his side on Wednesday, but won't be available for the side's must-win game against the Bulls at Eden Park on Saturday, but the team's head coach Leon MacDonald is eyeing a return for his squad's vice-captain next week when they take on the Reds in Brisbane.

"We’re trying to build his load back up, you can’t go from minimal to a lot very quickly, especially when you come back from an injury like that.

"So this week his load has increased to what would be a typical game week and if he can tolerate that, then he’ll be good to go next week."

With his name not included on the team's sheet for this weekend's clash, the 33-year-old may have played his last home game for the Blues, as he is coming off-contract at the end of this season, while his side only have away games against the Reds and Hurricanes following their encounter with the Bulls.

Many are expecting him to either take up a contract with an overseas club, then return to rugby league and resume his stagnant professional boxing career, or hang up his boot as an athlete entirely as he reaches the twilight of his career.

The Blues, meanwhile, are in desperate need of victory against the Bulls, with anything less than that likely spelling the end of their faint play-off hopes.

Rugby League internet betting has become widespread across the internet and is offered by most top online betting sites covering rugby.

While a place in the post-season is out of his side’s control, MacDonald is hopeful his side can deliver the results needed to challenge for a qualifying berth.

He said as quoted via USA online casinos saying:

"It’s important for us to get back [to winning].

"It was pretty wet, it wasn’t a rainy day, but it was pretty dewy and a cold night. So I’m looking forward to being at home again.

"We understand the importance of the game and the consequences if we don’t get a result.

"This week we’ve been talking about learning to win the games when the pressure is on.

"This is a big chance for our leadership group to take over and prepare like it’s a final."