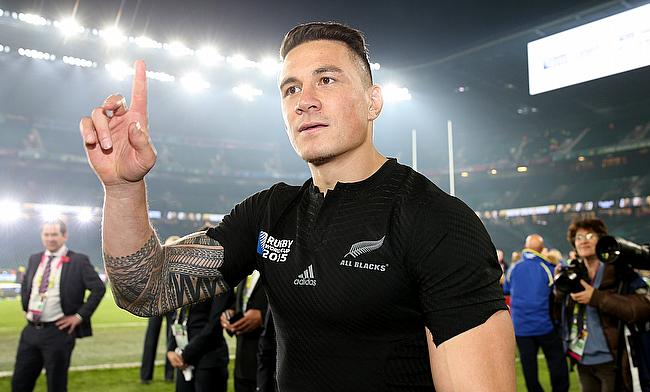 Sonny Bill Williams presented his World Cup winner's medal to a fan tackled by security guards when trying to celebrate with the All Blacks.

Williams said young fan Charlie Lines "got smoked", tackled to the turf by stewards at Twickenham after New Zealand's 34-17 win over Australia.

New Zealand made history by retaining the Webb Ellis Cup, but Williams said he was happy to give away his commemorative medal.

"A young fella came sprinting on and he got smoked by the security guard," said All Blacks centre Williams. "It was pretty sad, he's just a young fella obviously caught up in the moment.

"Why not try and make a young fella's night? Hopefully he'll remember it for a while.

"I know he'll appreciate it and when he gets older he'll be telling kids - that's more special than it just hanging on a wall."

All Blacks fan Lines tried to race on to the pitch to celebrate with his heroes, only to be accosted by stewards.

The 30-year-old produced a bullish break that teed up Ma'a Nonu's second try, with the All Blacks crossing three times in all to retain the Webb Ellis Cup.