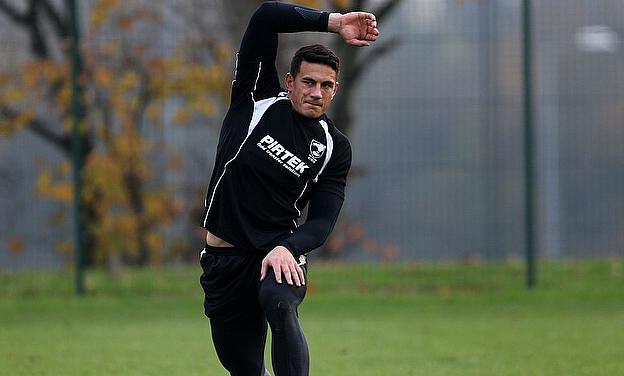 Sonny Bill Williams is to make a second switch to rugby union in 2015 after signing a two-year deal with the New Zealand Rugby Union and the Chiefs.

The dual-code international - who enjoyed a glittering spell in the 15-a-side code between 2008 and 2012 - is currently on the books of Australian league side Sydney Roosters.

He is to return to union in a year's time, though, targeting a second World Cup win and gold at the 2016 Olympics after wrapping up his league commitments.

The move, which was confirmed by the All Blacks on their official Twitter feed, sets up another intriguing chapter of Williams' remarkable story.

The 28-year-old is the current international rugby league player of the year after a sensational first season back in his original code, which saw him win the NRL with the Roosters.

He then opted into New Zealand's squad for the World Cup and helped them to the final, but was unable to replicate the world medal he won with the All Blacks in 2011.

"Sonny showed in his two years with New Zealand rugby that he is an outstanding talent and was a real asset to our game. We are delighted to have agreed terms which will see him return to rugby in 2015," said New Zealand Rugby CEO Steve Tew.

"We think it is great that he has made his aspirations clear and if he plays well enough to be considered for selection for those teams, then that is fantastic."

Williams made 19 Test appearances for the All Blacks and spent three seasons in Super Rugby with the Chiefs and Crusaders.

It was with the Chiefs that he won the 2012 Super Rugby title.

Away from rugby, Williams - who started his career as a league player with Canterbury - has won six from six fights as a heavyweight boxer.

In February he beat Francois Botha to win the WBA International title to go alongside his New Zealand belt, but he was recently stripped of both after saying he would not be stepping in the ring for three years owing to rugby commitments.

Recently, Salford owner Marwan Koukash signalled his intentions to sign Williams, but would now have to wait at least three years to do so.