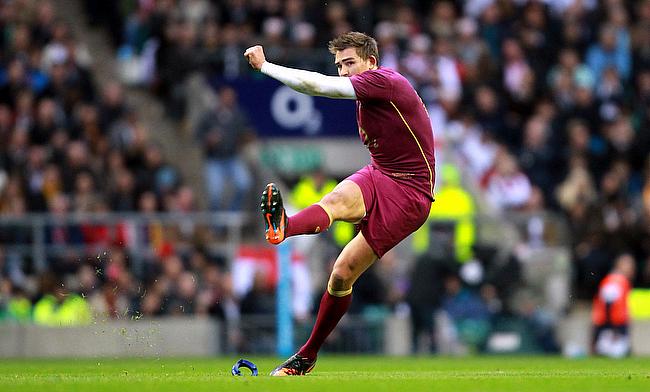 England international Toby Flood expressed confidence on his club Newcastle Falcons having a successful outing in the 2017/18 season.

Flood made his professional rugby debut with Newcastle in 2004 and after a four year stint switched to Leicester Tigers and later to Toulouse before rejoining the Falcons in 2017.

"It will be my first year in 10 years I won't have been playing European cup rugby which is interesting and completely different," he said.

"But where this club is going I don't think it will be very long and I hope we get back into that situation.

"And with what Dean (Richards, Falcons' director of rugby) and the coaches are doing here I think we're heading down the right pathway and what could be a really positive outcome this season."

The 31-year-old, who was a product of Newcastle Falcons Academy believes now he will return back to Kingston Park as an improved player.

"I'm probably much more level-headed than I was when I was younger, I think I was much more a seat-of-my-pants type player, playing instinctively and having a go," he said.

Highlighting the problems, he faced in France during his stint with Toulouse, Flood, who made 60 appearances for England, scoring 301 points said: "Probably the biggest lesson was as rugby players we can become a bit looked after and wanting to do the same things prior to kick-off, and in France nothing was ever the same

"There was no continuity, there would be nothing in the changing room or they would forget, so you had to learn to deal with the consequences of maybe not doing something before a game.

"So it was learning to deal with that sort of stuff, the mental control of dealing with that and turning up to games shrugging your shoulders and going out and playing."