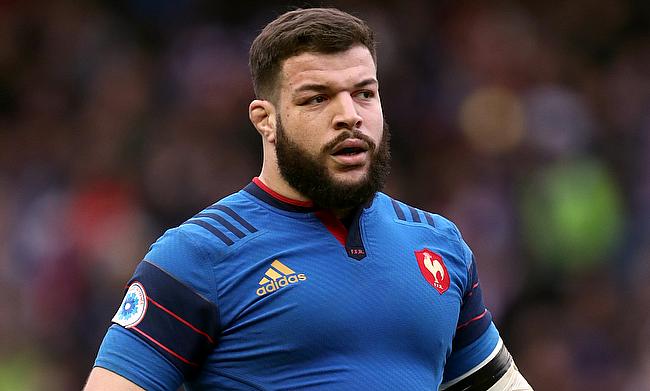 The final round of Six Nations 2017 tournament between France and Wales at Stade de France was surrounded with controversy with the game extended for 20 additional minutes. France's replacement of Uini Atonio in the final minute was questioned while Wales had raised claims on a biting incident involving George North during the encounter.

So here is all you need to know on the encounter.

WHAT HAPPENED AT STADE DE FRANCE?

France replacement prop Uini Atonio was taken off for a head injury assessment and replaced by Rabah Slimani, who had earlier been substituted for tactical reasons, in the 81st minute of a game that eventually ran to 100 minutes. Wales' view was the HIA process had apparently been used as a method of getting superior scrummager Slimani back on as France looked to exert set-piece dominance in pursuit of a winning try, which duly happened. Wales' interim head coach Rob Howley claimed that a member of France's coaching team ran outside the designated technical area, which is not allowed, and spoke to Les Bleus' team doctor, who then went on to the pitch and told referee Wayne Barnes that Atonio needed an HIA. Just before that, following the doctor's first pitch arrival, Barnes asked Atonio if he was injured, and the player said he had a sore back but could play on.

WHAT IS A HEAD INJURY ASSESSMENT?

World Rugby's HIA procedure means that a player can be removed for an off-field assessment during a game if signs or symptoms of concussion are unclear. The HIA does not diagnose concussion, it identifies a suspected concussion, with a player undergoing a series of cognitive, balance and memory tests to ascertain whether they are fit to continue. If a player is suspected of concussion after an assessment, supported by the HIA, they are removed permanently from the match. Irrespective of the result, any player who undertakes an HIA must undertake further clinical assessment after the game, and then 36-48 hours later.

CAN A SUBSTITUTED PLAYER REJOIN THE MATCH?

WHAT DID WALES BOSS ROB HOWLEY SAY ABOUT THE CHANGE OF PROP?

"The process leading up to the change of the French tighthead, the way that occurred, we love our game too much to have those decisions. It's hugely disappointing. I just question the integrity of the decision that was made. There is evidence to suggest the integrity of the game has been brought into disrepute."

WHAT DID FRANCE HEAD COACH GUY NOVES SAY ABOUT THE CHANGE OF PROP?

"I was told that Uini Atonio was injured, so I took my responsibilities and changed the player. The Welsh players also changed players during the stoppages of play. As with all the matches, I have to take stock of the health of the players with my medical staff. I hope this is not too serious and that he (Atonio) will be able to play again very quickly."

Six Nations Rugby announced on Sunday that it is investigating the circumstances surrounding the HIA during stoppage time. This will inevitably be a detailed probe, and could take some time. France head coach Guy Noves and his management team are likely to be under the microscope, and it is possible that a misconduct charge could be laid. If that happens and any case is proven, then the French Rugby Federation can expect to face severe sanctions.