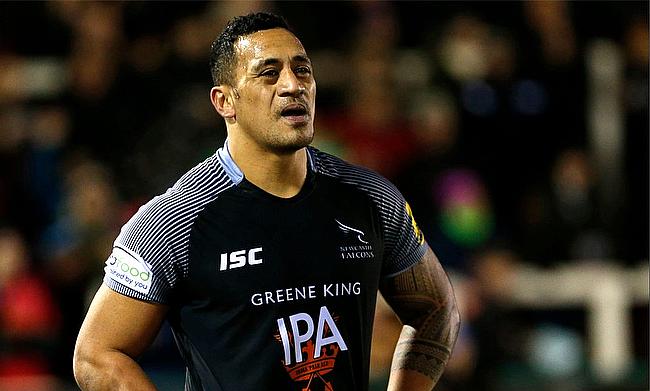 Samoan international Sinoti Sinoti has penned a new contract with Newcastle Falcons that will keep him with the Aviva Premiership club beyond the ongoing season.

The 32-year-old has featured for Toulon, Castres Olympique, Hawke's Bay, Aironi, Zebre and Wellington before switching to Newcastle Falcons in 2014 and since then has made 62 appearances for the club.

He now joins Fiji international Vereniki Goneva among those, who have extended their stay with Newcastle Falcons.

Newcastle Falcons rugby director Dean Richards is delighted with the news of Sinoti's decision to remain with the club.

“He is a player who gets people out of their seats and puts fear into opposition defences.

“Sinoti has a unique skill set which our supporters love watching, he finds space where other people would not be able to and it’s a huge boost to the club that we are able to plan ahead with him as a key weapon in our armoury.”

Meanwhile Sinoti said he consulted his family members before making the decision and is glad to extend his association with the Falcons.

“I’m pleased to have got it sorted and that I’ll be staying with the club.

“It wasn’t a decision I took lightly, I spent a lot of time speaking to my wife first and foremost, and my dad back in New Zealand, but staying just felt like the right thing to do.

“We absolutely love living in Newcastle, we’ve been here almost five years now and the area and the people are just amazing. It’s an easy city to get around, everything is on your doorstep and the Falcons as a club have been great to me.

"I just couldn’t see myself anywhere else, and from the moment I first landed in Newcastle I genuinely loved the place.

“We’re not the biggest club but there’s a real family feel. We could do with a bit of hot weather but it’s all good, and I’m fluent in Geordie now as well! I totally love the accent, it’s cool, and even if I can’t do it properly I always take the mickey out of the boys by doing my impersonation!”