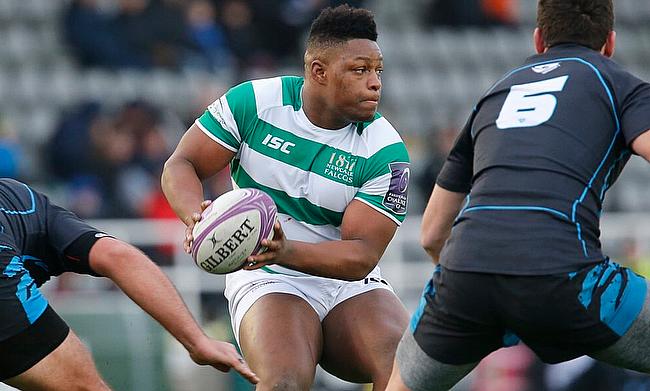 Pharmacy student Simon Uzokwe has urged Newcastle Falcons to continue their winning run in the ongoing Anglo-Welsh Cup as they are set to face Bath on Saturday.

The Falcons are currently at the top of Pool 4 after winning both their games and will be up against Pool 1 toppers Bath, who are also yet to lose a game in the tournament.

A win on Saturday can strengthen the chances of semi-final berth and Uzokwe said the squad is upbeat about their chances.

“The buzz around the club is amazing at the moment,” said the 23-year-old, who scored two tries on his first team debut at Wasps to help put Newcastle to the top of Pool Four with a perfect ten points from ten.

“I wake up every morning looking forward to coming into training, it’s a great place to be and we’re all learning a lot.”

The Falcons also enjoyed success in the European Champions Cup where they have progressed to the play-off to take on Brive while they have won eight out of the 13 games in the Aviva Premiership that has kept them at the sixth position.

“Some people might be surprised at how well we’re doing in all competitions this season but it’s no surprise to us, because we see the hard work that’s going in every day. We all know the game plan, we’re good at what we do and it’s all about keeping up that momentum.

“As a club we have done well over the past couple of months, that confidence filters down to all the boys who aren’t necessarily in the Premiership team and it’s a great opportunity for lads to put their hands up.

“If we know and take care of our own jobs then we won’t go far wrong, and also within that is the fact we have an awareness of what the opposition are going to do. We will absolutely respect Bath on Saturday because they’re a good side, but if we execute what we are about then we’re in a good position to win the game.”

Reflecting on his move to the Kingston Park, the high-impact back-rower said: “I got let go by Northampton Saints when I was 18, I took a gap year and played rugby for my local club and I applied to Sunderland University to do a pharmacy degree.

“While I was there I signed for Darlington Mowden Park in National One, I had a good couple of years there and thankfully on the back of that I got picked up by Newcastle Falcons.

“I initially came up just to study and to play a bit of rugby on the weekend, but things have turned out for the better and I’m now combining my third year at uni with a full-time rugby contract. Sunderland have been really good in allowing me to fit my studies around training, I pick and choose which bits I attend and that support has helped me massively. It’s hard work fitting everything in but I got 90% for an assignment last week, so thankfully my marks haven’t suffered.”