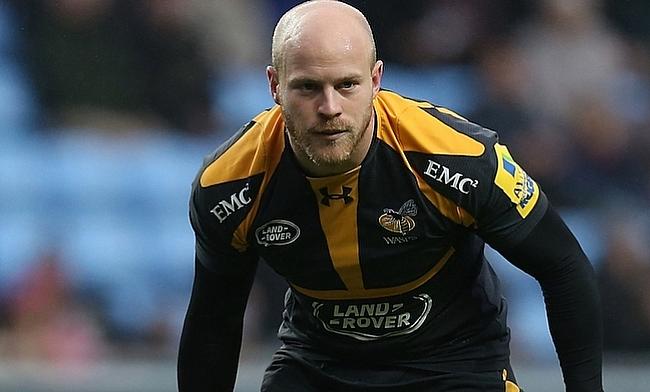 Joe Simpson and Dan Robson could give Wasps a double fitness boost at scrum-half for Saturday's European Champions Cup quarter-final against Exeter Chiefs.

Simpson has been sidelined since January after undergoing ankle surgery, while Robson picked up a hand injury, but both nines are now back in training.

Wasps rugby director Dai Young said he would give both his regular scrum-halves the chance to prove their fitness this week.

Bristol loan scrum-half Craig Hampson is not available for European action, so Simpson and Robson could plug a vital gap for Wasps' Ricoh Arena clash.

"Dan Robson and Joe Simpson are back in training, but they've got a bit of work to come through yet before we can consider them for selection," said Wasps boss Young.

"Fingers crossed we can go well for the next two days. If they come through the next couple of days, if they are fit, they will be in contention.

"But they've got a bit of work to do.

"Joe and Dan are our top two scrum-halves and like any team you want your top players available.

"When you get to knockout games you just want as many of your best players playing as possible.

"If we can get as many of our recognised players on the field we'll be pleased, but if not we'll still deal with it."

All Blacks flyer Charles Piutau is also back in training after hamstring trouble and is another who must prove his fitness for Wasps this week.

Simpson suffered his ankle injury blow in Wasps' 51-10 Champions Cup thumping of Leinster on January 23 and has been battling hard for fitness in recent weeks.

Livewire scrum-half Simpson had impressed consistently this term before that ankle problem, which opened the door for former Gloucester half-back Robson to underline his prowess.

Bristol loanee Hampson's availability has helped offset those injury problems, but now Young hopes two of his premier playmakers can quickly resume their tussle for the number nine shirt.

"The best thing that happened to Joe Simpson at the start of the season was Dan Robson being here, because Joe had the pressure of Dan in the early part of the season," said Young.

"Then when Joe got injured Dan really took over.

"As I've constantly said I think if you want to be fighting on a couple of fronts you don't need a number one and a number two, you need two number ones.

"That's what I try to aim to do in recruitment, to have two number ones in each position, because of form and injuries.

"And then they know they have to perform otherwise someone will take their jersey."