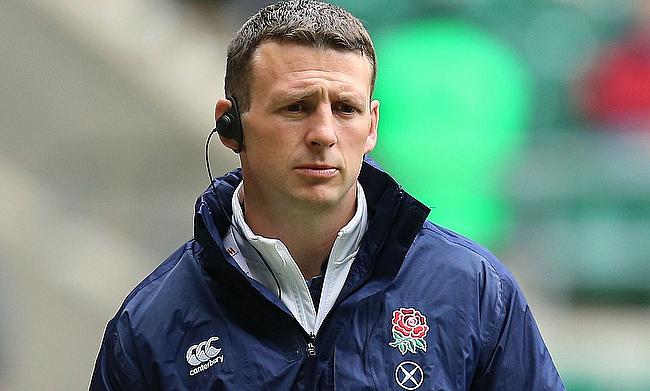 England attack coach Simon Amor and skills coach Jason Ryles have stepped down from their roles.

“My seven and a half years with the RFU has been a fantastic experience. Leading the England Sevens programme to success, including all we achieved culturally, and bringing together the men’s and women’s game, is something I look back on with real pride," he told in a statement released by the RFU.

“I will always be grateful to Eddie for providing me with the opportunity to coach my country’s senior XVs team and to further develop my skills amongst some of the best and most experienced players and coaches in the game.

“I take with me some brilliant lifelong memories & friendships. I want to thank everyone at the RFU for their professionalism and support and I look forward to taking all I’ve learned into the next stage of my career.”

Meanwhile, Ryles joined England's coaching group as skills coach during the autumn last year and had missed the Six Nations tournament earlier in the year due to the pandemic Covid-19 restrictions. He has now chosen to stay with his family at home in Australia.

"Due to the ongoing challenges of the global pandemic, the uncertainly around international travel and in the best interests of my young family, I have made the difficult decision to leave my coaching role with England Rugby.

"I would like to sincerely thank Eddie Jones and the RFU for the opportunity to be part of the organisation and coaching staff, I have thoroughly enjoyed my time as part of the England team and have learnt a lot in a short period of time.

"It has been a privilege to have had to the opportunity to work in a world class programme and alongside Eddie and some of the best rugby players in England.

This means Eddie Jones will be left with John Mitchell and Matt Proudfoot as assistants heading into the summer series games against the USA and Canada.

Jones thanked both Armor and Ryles for their contribution.

“I’d like to thank Simon and Jason for their contributions to England.

“I would like to commend Simon’s outstanding diligence and his hard work, and I have no doubt he will find a role soon that suits him perfectly.

“With Jason, the COVID-19 restrictions have proved too difficult for him and his family to overcome, which we fully understand but are disappointed for us and the team.

“They both leave with the best wishes of everyone involved with England and for their future pursuits in the game.”