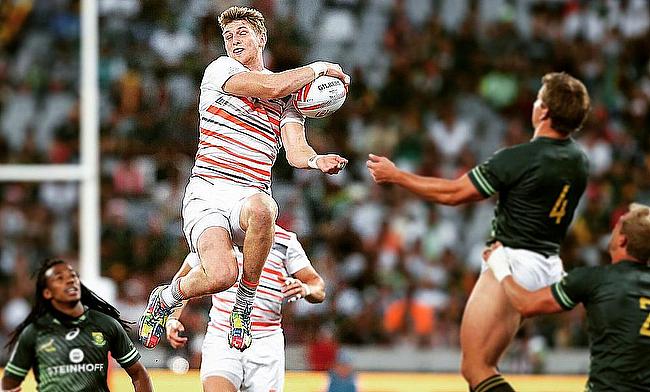 Ruaridh McConnochie will hoping for success with England
©PA

Since 1998, the Commonwealth Games has had a sevens competition. With the women’s competition having started today and the men’s soon to follow, we’ll look at who are the teams and match-ups we think that you should look out for.

This is the women’s first edition of sevens at the Commonwealth Games.

The Men kick off their tournament at 00:31 tomorrow morning when the hosts, Australia, take on the potentially disruptive Samoa.

England’s Pool B consists of Australia, Samoa and Jamaica. The English will fancy their chances in this pool, with Australia being their only major rivals.

With the likes of Dan Bibby, Mike Ellery, Ruaridh McConnochie and Dan Norton in their team, England have an experienced side for the games. This will be Norton’s third appearance at the Commonwealth Games.

Australia cannot be discounted as potential favourites either. It’s their home games and will certainly have the motivation to succeed in their own back yard.

Pool A features 2014 gold medalists South Africa. The team is essentially the Blitzboks and they have Rosko Specman, who was nominated for World Rugby Sevens Player of the Year in 2017. The Boks will be bringing a lot of flair to the tournament that they intend to win.

The South Africans are joined by Scotland in their Pool who are more than capable of causing an upset, especially if they’re playing England. Also in the group are Papua New Guinea who will have a good travelling contingent and finally the Malaysian national sevens team.

In Pool C, there is the four time champions of the competition, New Zealand who always have medalled at the Commonwealth Games. Missing Joe Webber to injury, the side still don’t lack firepower. Scott Curry leads his nation in his second Commonwealth Games.

New Zealand are joined by Canada, Kenya and Zambia in what appears to be a very difficult Pool. Canada and Kenya are prolific on the HSBC World Series and will aspire to medal, as well as needing to boost their confidence after indifferent starts to the season.

Fiji are the star attraction in Pool D. The Pacific Islanders haven’t been prolific on the sevens circuit this season but have the firepower and the talent to build on their Olympic success. Gold medallists Seremaia Tuwai and Jasa Veremalua are amongst Fiji’s players hoping to succeed at the tournament.

Also in Pool D are Wales. With two-time British and Irish Lion, Justin Tipuric, in their ranks; Wales could be the surprise of the tournament with Hallam Amos also involved. Also in Pool D are Uganda and Sri Lanka.

There are only two Pools in the first ever womens sevens tournament in the Commonwealth Games. Pool A has the womens Olympic runners-up New Zealand who have come with a very strong squad.

The Kiwi’s have Portia Woodman and Niall Williams as their star ladies. Woodman hopes to get her third major title in three years having won a silver medal in 2016 and the Rugby World Cup in 2017.

Also in Pool A is Canada. The Canadians have got a strong team that have been performing well on the world circuit. They have their top try scorer, Ghislaine Landry who captains the side and Bianca Farella, another prolific try scorer in their ranks, but the Canadians will be without stalwart Jen Kish following her retirement. Making up the rest of Pool A are women’s sevens minnows South Africa and Kenya.

In their opening games, Canada resoundingly beat South Africa 29-0 and then followed that up with another victory, by beating Kenya 24-12. New Zealand also won twice. They made easy work of Kenya, beating the Africans 45-0. They then continued their resolute defence, beating South Africa 41-0 to be the only team not to have conceded a point on the opening day of the games.

In Pool B there are the hosts, Australia. They have the woman who was easily the player of the Olympic Games, Charlotte Caslick. The sevens star is joined by her world series’ teammates and they are undisputedly the favourites for the competition.

England are also represented in Pool B with what appears to be a very strong squad. Led by ex-Hartpury player Abbie Brown, they also have several other players who represented Team GB at the Rio Olympics including Emily Scarreat, Heather Fisher and Amy Wilson-Hardy all were in Rio also.

Also in Pool B are Fiji and Wales. The Fijians, naturally, are capable of an upset against any of the sides in their Pool. Wales will hope that this tournament will springboard them to a new level in the world series.

So far in this Pool, Fiji lost to England 5-17, Australia beat Wales 34-5 in their first game. Wales then lost to Fiji 7-29 and England lost 17-29 to Australia. This Pool is by far the one to watch during the closing round of fixtures.