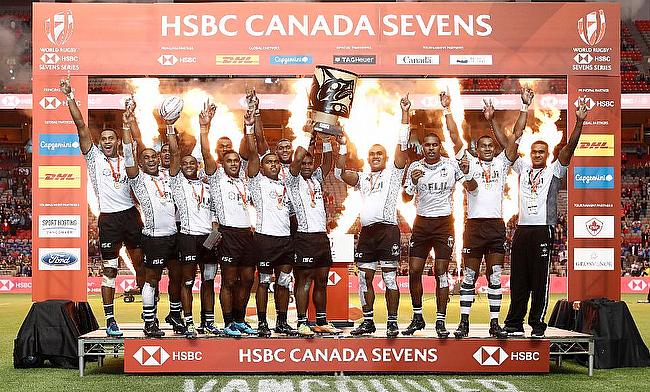 Fiji ran a five-try riot to beat Kenya 31-12 in the final to clinch the Vancouver leg of the HSBC World Rugby Sevens Series.

This is Fiji's second win of the season after they earlier won the Hamilton 7s and now climb to the second position in the overall standings with 101 points behind South Africa with 109 points while New Zealand and Australia are at third and fourth places with 92 and 84 points respectively.

William Ambaka Ndayara scored an early first-minute try and a minute later Josua Vakurunabili helped Fiji bounce back. The momentum once again shifted towards Kenya with a try from Samuel Oliech in the 6th minute but HSBC Player of the Final Sevuloni Mocenacagi crossed over in the 7th and 10th minutes to provide Fiji the breathing space while replacements Alosio Sovita Naduva and Paula Dranisinukula scored further tries to help them complete a 19 point victory.

"We handled ourselves well across the weekend to get to a final with Kenya, who we’d had a tough battle with yesterday. It was very close at the break, we hadn’t really played much at half time but the team responded in the second half and produced the rugby that we now Fijians can and it was great to watch."

Earlier, Fiji defeated Argentina 43-7 and South Africa 12-15 in the quarter-final and semi-final respectively to reach the final. Kenya blanked England 12-0 and edged out USA 19-24 in the semi-final to set up the final with Fiji.