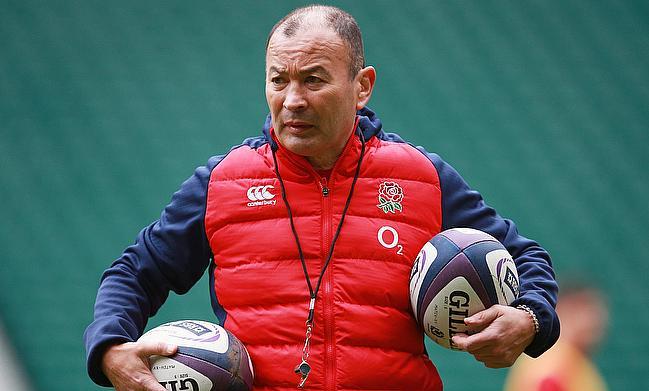 Despite the rumours and speculation regarding his future, Eddie Jones isn’t about to be lured back to Australia for the next stage of his coaching career. For now, in his own words, he is fully committed to taking England forward.

Of course, talking about what is to come for the national side is always high on the agenda, especially after England came so close to basking in World Cup glory just over eight months ago.

But even now during these uncertain times, focusing on the future of English rugby is arguably more prevalent than it has ever been before.

After the dust had settled on England’s thrilling run to the World Cup final in Japan, the obvious question was asked about what’s next for both the national side and for Jones. Earlier this year at his 2020 Six Nations squad announcement, Jones gave a definitive and typically bullish answer: “We want to make England the greatest team the world has ever seen.”

Their defeat against France on the opening weekend of the Championships raised questions which England needed to address and Jones’s side did provide some answers following wins over Scotland, Ireland and Wales.

A shot at regaining the Six Nations title was in their sights, but the last four months have presented a sizable and difficult challenge for society due to the coronavirus crisis.

The impact of Covid-19 has, of course, been widespread and for the RFU and Jones, they have not been immune to the problems the situation has unfortunately created.

On Thursday, Jones, who back in April agreed a contract extension to coach England through to the World Cup in 2023, insisted his decision to take a 25 per cent pay cut was not a ‘grand gesture’ as the RFU faces reported losses of £100m due to the pandemic.

The RFU have made 139 redundancies in order to try and cut costs and Jones admitted this has been a tough period for sport as a whole.

“I’m not an economist,” Jones told the media over Zoom. “All I am is a rugby coach and at some stage, I will be told the games and what staff I can have and what players are available.

“The reality for staff and players is the cuts. We have to look at it in terms of what is happening in society. I feel for anyone who has had a cut or lost their jobs. You have to keep things in perspective and it’s a difficult time for sport.

“I don’t think it is any grand gesture by me. I was asked to do it and I understand the situation. I worked in a school for three months with no pay in Sydney and a number of us decided to stay and work. Sometimes you have to make sacrifices and the sacrifice I’m making personally compared to what other people are making in sport and society is minimal.”

Cuts at both international and domestic level have been a recurring theme throughout the lockdown period, with the future of current Premiership players dominating the headlines.

This week, two of Jones’s star assets confirmed their immediate plans with captain Owen Farrell signing a new long-term contract with Saracens whilst Manu Tuilagi linked up with Sale Sharks after failing to agree to a revised deal at Leicester Tigers.

Since Sarries’ relegation was confirmed due to salary cap breaches, questions around whether or not Jones will select players from outside the top-flight have never faded into the background and with Farrell, Elliot Daly, Jamie George and Mako and Billy Vunipola all staying with the current European champions, the topic was discussed once again.

“I will be comfortable [with selecting them] if they are in good form,” said Jones. “Players who have a track record of Test match success, I have a pretty good idea of where they are and where they need to be.

'Without sounding too grandiose, if I look at Owen Farrell, it doesn't matter what game he plays I've got a pretty good understanding of where he needs to be.

“At an appropriate time, we will sit down with Saracens and talk about their players. We have had some preliminary discussions with Saracens about this and it was all going in the right direction, but obviously over the last few months, everything has been put on hold and hopefully over the next couple of weeks we can start having those discussions again.”

On Tuilagi, who was sent off in England’s last competitive game against Wales on March 7th, Jones added: “We had a couple of phone calls [regarding his move to Sale].

“We remained in contact the whole time. I gave him a small piece of advice. He knew what he wanted to do. He is a valuable Test player. His performance at the World Cup and in the Six Nations indicated there is still more in him. I am delighted with his decision.”

"I am not massively surprised they have got one of the best centres in the world.”

That's what former Sale and Tigers wing Tom Brady had to say about his former teammate, @Manutuilagi, joining Sharks.

Jones will be able to see both Farrell and Tuilagi in action when the Gallagher Premiership season returns on August 14th.

The England head coach revealed he has had conversations with some key figures in sport during the lockdown period including Ed Smith [England Cricket selector], Gareth Southgate [England football manager] and Justin Langer [Australia Cricket coach], but also stated he had been in regular contact with his England players ahead of the restart of elite rugby.

“Because of the lockdown situation, we probably have had more access to the players than we normally have because they had so much spare time,” added Jones. “I kept in contact just through texting. I tried to make contact with each player just to see how they are going, more from a personal view than a coaching point of view.

“Our S&C staff have being able to gain permission from the clubs to do one session a week where they challenge the competitive side of the players just see where they are, because the one thing players miss out on during this time is the ability to compete and they all started playing rugby because they loved it.”

In terms of when Jones will be able to meet up with his England players once again, he admitted “it is likely to be October” as they prepare for potential autumn internationals as well as their rescheduled Six Nations clash with Italy.

By that time, the Premiership would have been up and running for around two months which raises the question of whether Jones will have enough preparation time with his players, but whilst there is still uncertainty around who and when England will play, the Australian is still determined to ‘make this team better every day’ despite the current climate.

“The RFU and the clubs will decide when we get the players with the coaching staff to do the best job we can to prepare them as well as we can. Everyone wants more time! If someone could create a calendar with 62 weeks, all of the games could be fitted in!

“It is about adapting to what is in front of you. Usually you have plenty of time to prepare. The thing about this situation is that everyone is going to start on zero whether it be a club team or an international team. You are going to have a certain amount of time to prepare and whoever prepares the best is going to prosper.”