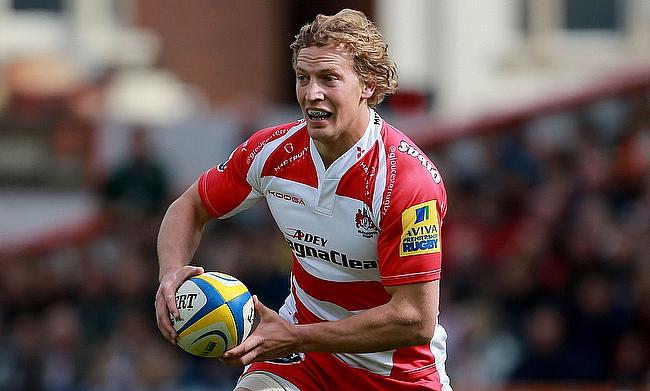 Gloucester Rugby scored three second half tries as they went on to beat Bath Rugby 29-15 in their Gallagher Premiership encounter at Kingsholm Stadium on Saturday.

This is Gloucester's fourth win from eight games as they move to the third position in the table with 23 points while Bath are positioned sixth with 17 points.

Ben Morgan was sidelined with injury while Louis Rees-Zammit was a late withdrawal after failing a fitness test. It was a matter of time before the home side got their first points on the board with a combination of Willi Heinz and Franco Mostert sent Woodward over the line in the fifth minute and Danny Cipriani kicked the conversion to make it 7-0.

Bath seized back the lead with three straight penalties from Rhys Priestland as the teams finished the first half with a 7-9 scoreline.

Gloucester were quick to get off the block with Freddie Clarke dotting down in the 45th minute but Cipriani kicked the conversion wide but Priestland kept the visitors in the game with two more penalties making the scoreline 12-15.

As Billy Twelvetrees took over the kicking responsibility, Gloucester immediately stepped up the gears with Gerbrandt Grobler and Ruan Ackermann crossing over in the 58th and 62nd minutes respectively while the centre kicked two conversions and a penalty go complete a 14-point victory.

“Not every win is going to be pretty. We try and strive for the perfect picture, but Bath came out and fired shots, very similar to how they did last year," said Gloucester Rugby fly-half Danny Cipriani.

“They’ve got a lot of emotional energy in how they play so it was about us sticking to process and finding the cracks.

“We just have to stick to our basics and fundamentals on the training field. Johann is leading the troops. We need to find the wins even in ugly moments like today but once we start stringing games together for 80 minutes, that’s when we’ll be dangerous.”