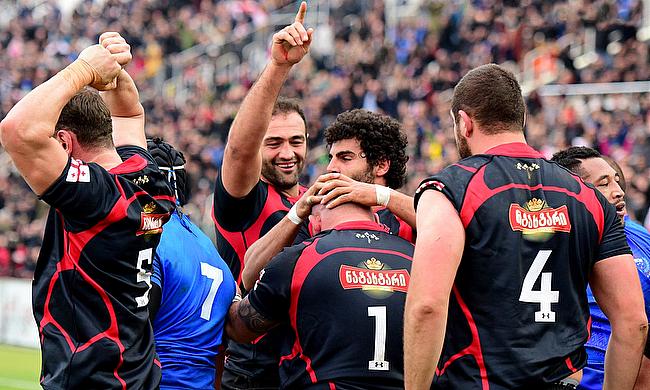 England v Fiji: Talking points and the numbers behind the game
Big weekend ahead for Japan and Fiji
Review on autumn internationals so far

Scroll through the list of international fixtures taking place at the weekend.

England-Argentina, Ireland-Australia, Wales-South Africa and even France-New Zealand (for the less British-centric of readers) all catch the eye as (potentially) tasty clashes between heavyweight Tier One nations.

All are enticing for their own reasons; can England make it thirteen consecutive test wins in a row? Will either Wales or South Africa finally live up to their pre-series expectations? Can Australia continue their recent resurgence with a victory over Ireland? The reasons for tuning in to another weekend of international rugby are variegated but the constant between is that all are set to pit two Tier One nations against each other – this weekend just being the latest combination and order.

The omission here is Scotland. Although the Scottish international side have enjoyed their own share of top-tier encounters so far this autumn (falling narrowly to Australia 22-23 before rebounding with an equally abrasive 19-16 win over Argentina) it is striking that Scotland are the sole team outside of World Rugby’s top-eight ranked teams this weekend to be entertaining a Tier Two side – in this instance Georgia.

Scotland are, of course, not unique in playing hosts to one of the up-and-coming rugby-playing countries this autumn; after all England (against Fiji), France (Samoa), Ireland (Canada) and Argentina (Japan) have all played their part in exposing developing rugby nations to Tier One level, but whilst Japan, who are considered the other inevitability to make the jump to top-tier status will have played both Wales and Argentina in their autumnal series, this will mark the first time Georgia will be afforded the opportunity to test themselves against a side competing in either the Six Nations or The Rugby Championship.

The debate around facilitating tests between Tier One and Tier Two nations is particularly pertinent when it comes to Georgia. The Lelos are – to put it simply – a fish that long outgrew its pond. The undisputed kings of Tier Two European rugby having won the last six consecutive European Nations Cup (the ancillary tournament to the Six Nations), Georgia are the best illustration of the necessity of a more inclusive international test scene, their third place group finish in the 2015 World Cup indicative of their ambiguous status as something of a Tier 1.5 team – good enough to dispatch other Tier Two sides but not good enough to avoid heavy defeats at the hands of Argentina and New Zealand.

The obvious parallel to draw here is Argentina (and increasingly perhaps Japan following their impressive showing in last year’s World Cup and against Wales last weekend), the Pumas having emerged definitively as one of the premier international sides in recent years following their inclusion into The Rugby Championship. A rigidified tier structure that prevents fluctuation of quality and opportunity as currently exists is bad for the game of rugby; if the powers that be are serious about growing the game globally, top-level ability cannot be isolated to specific pockets of Europe, South America and Australasia who then proceed to play each other - and only each other - a few times a year.

Georgia’s (and Japan’s) ascension into genuine competitors for Tier One honours despite a relative dearth of exposure to the highest levels of competition is the result of a long, dedicated investment in the game from the grass-roots level upwards from their respective unions and it is a level of commitment that should be rewarded with expanded opportunities in the future. This is already beginning to happen for the Brave Blossoms, with Scotland once again proving exemplary in their decision to tour Japan over the summer (as were Ireland in North America), but for Georgia, this will be their only test fixture against a Tier One side this year. For a team that has quite clearly outgrown their current position in World Rugby and in the process earned a chance to annually test themselves against Europe’s best, a single game against Scotland this Autumn is a paltry step.