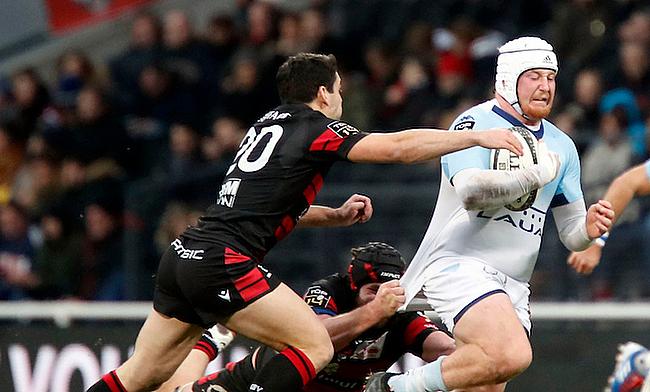 Exeter Chiefs have confirmed the signing of Scotland international Sam Hidalgo-Clyne ahead of the 2020/21 season.

The decision follows after Nic White, who joined the club in 2017 will make a return to Australia at the end of the ongoing season.

Hidalgo-Clyne started his professional rugby with Edinburgh in 2011 and after seven seasons, he moved to Scarlets in 2018. He also had a loan stint with Harlequins in 2019 following which he featured for French sides Racing 92 and Lyon.

The 26-year-old made his debut for Scotland during the 2015 Six Nations and went on to represent them in the World Cup later this year. Overall he has featured in 12 Tests for the Dark Blues with his last appearance coming in June 2018. He has also played for Scotland Under 20 and Scotland 7s sides in the past.

“I’m very excited by the move,” said Hidalgo-Clyne," he told the official website of the club.

“Like a lot of people, I’ve watched how the Chiefs have done and how successful the club have become over the last few years. They are one of the great teams, not just in England, but across Europe, and it will be great to be part of their set-up.

“Even looking in from the outside, you can see Rob has created a fantastic environment for the players. They play a great brand of rugby, everyone appears to enjoy themselves and they are a team who clearly want to win things.

"As a player, there are a lot of things that would draw you to them. As I said, it’s a great move for me and my family and I’m really looking forward to the challenge.”