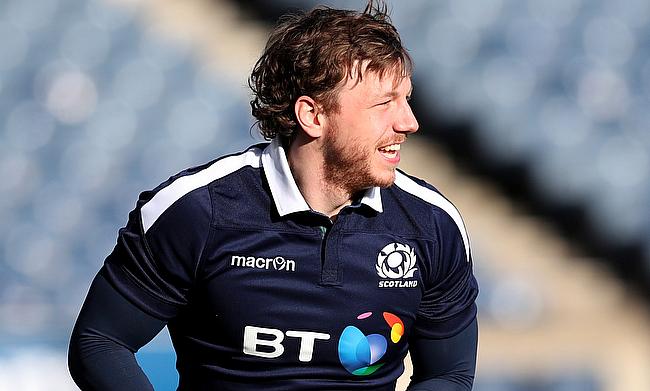 Watson a product of Leicester Tigers Academy, made his senior debut with Edinburgh in 2011 and has racked up over 100 appearances for the Scottish regional club.

Following impressive performances for Edinburgh, the 29-year-old made his Scotland debut during the 2015 Six Nations and has gone on to play 36 Tests scoring four tries. He also made a solitary appearance for the Dark Blues in the 2019 World Cup and most recently was part of the squad in the Autumn Nations Cup.

“I have been at Edinburgh since I was 19, it really is home for me and my family. My two girls were born here and we’re so happy to be spending more of our lives here," he told the official website of the club.

“I feel like we have both showed each other a great deal of loyalty. I love playing for Edinburgh. It means so much to me and, like I said last time round, I can’t see myself in another team’s jersey.

“I feel like the club has been, and is, heading in the right direction to win something over the next few years. That is what I believe this group of players is capable of and it would be great to do it for the club and the fans.

“All the players can’t wait to welcome all the fans back after covid, to our new home. I personally can’t wait to see the fans again and continue this journey.”

Watson also had represented Scotland at U19, U20 and Scotland 7s and Edinburgh head coach Richard Cockerill is delighted in the back-row extending his stay at the club.

“This is really fantastic news for Edinburgh and a great statement on our plans for this squad for the seasons ahead.

“We’re delighted he’s staying – any coach would be happy to have him – and will continue to bring his relentless approach to rugby every time he takes to the field.

“He’s an incredible, world-class athlete and rugby player and shows incredible commitment every time he takes to the field for club or country, but he also has a very good rugby brain.

“He’s a very popular and senior member of our player group and it’s great to have him committed to the club for the foreseeable future.”