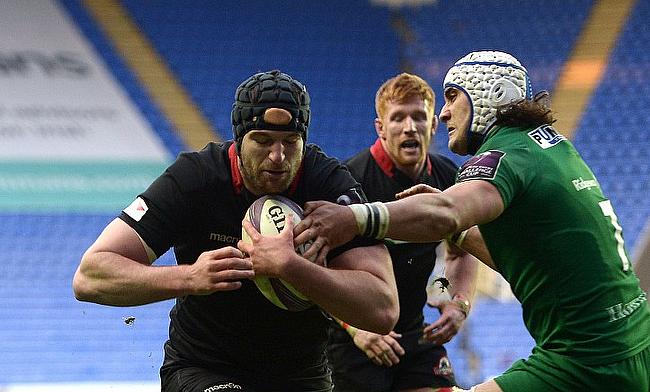 Edinburgh lock Fraser McKenzie has announced his decision to retire from professional rugby with immediate effect.

McKenzie, who previously played for Edinburgh between 2006 and 2011 rejoined the Scottish regional club in 2014 and has gone on to rack up 119 appearances for the club. He was appointed the captain of the club in the 2017/18 season which saw Edinburgh reach their first-ever Pro14 play-off.

However, injuries had limited his participation with the club in the last few years forcing him to quit the game.

“Obviously there is a never a right time to retire or give up the game you love doing, but unfortunately your body tells you when it’s time to stop and for me that’s now,” said McKenzie.

“I suffered a shoulder injury against Scarlets last year and I rehabbed it fully throughout the lockdown period, but then coming back to face Glasgow Warriors in August 2020, I dislocated it again, which meant I had to go for further surgery.

“It’s been an accumulation of injuries and my body has definitely been struggling with the rigours of professional rugby.

“At the end of the day, I’m still a young man and I’ve had a good innings throughout my career. Injury means that I’m stepping away, but I’m proud of what I’ve achieved.”

The 33-year-old now looks to spend time with his family and is looking to support the club from the stands.

“I’ll always be an Edinburgh supporter and I’m really looking forward to coming to games in the future and watching the guys.

“Moving forward, the big thing is to get full range in my arm as I’m still recovering from my shoulder injury.

“Edinburgh have been absolutely brilliant as I’m still getting daily physio and they have really taken care of me.

“I’m also really looking forward to getting some quality time with the family. Being a pro rugby player is so structured that you don’t get too much time away from training, travelling and playing all the time.

McKenzie also had stints with Newcastle Falcons and Sale Sharks apart from a loan move to Glasgow Warriors. He was called up to the senior Scotland squad for the 2012 Six Nations Championship but did not feature in any game for them.

“Fraz is a club legend, make no bones about it," said head coach Richard Cockerill.

“He’s been a hugely important player during both his spells at Edinburgh Rugby and we’re obviously sad to see him retire – but it’s the right decision for Fraz.

“He commands a huge amount of respect from the changing room and that’s testament to the way he carries himself around the club. He’s a great example for young forwards coming through the ranks."