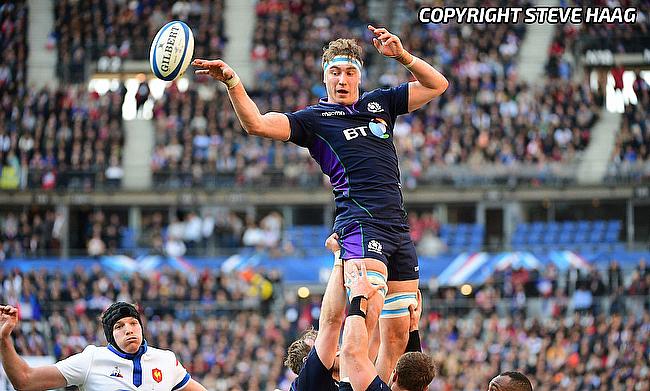 Opinion: Vanishing van der Merwe a blow for Edinburgh, but Watson was a key man they just couldn’t afford to lose
Edinburgh sign Harlequins duo James Lang and Glen Young ahead of 2021/22 season

Edinburgh have confirmed that Scotland international Jamie Ritchie has penned the longest contract in the history of the club.

Ritchie's signing comes a week after his international team-mate Hamish Watson also penned a new deal with the Pro14 club.

Since his professional rugby debut with Edinburgh in 2014, he has made 73 appearances for the club. The 24-year-old's international debut for Scotland came in June 2018 and has gone on to play 23 Tests including two games in the 2019 World Cup.

“I’m really chuffed to be staying at Edinburgh. It means a lot to me and my family to know we’ll be here for the foreseeable future," he told the club's official website.

“I have been at this club since I was 17 and these guys have been like my family since I left school. We have a strong group here and I think we can continue to improve.

“Edinburgh is a great club in a great city with an amazing bunch of boys who work extremely hard. I’m proud of what I have achieved so far in my time at the club and I feel there is so much more to come".

Meanwhile, Edinburgh head coach Richard Cockerill described the news of Ritchie's contract extension as a big boost to the club.

“There’s no two ways about it, this really is fantastic news for the club,” he said. “Jamie and Hamish are two of best back-row forwards in the game right now.

“The back-row and their role at the breakdown is so vital in today’s game. Dominance, and at the very least parity, is so often a decisive factor in the outcome of the game, while Jamie’s height and athleticism means he’s also an excellent lineout option.”

Edinburgh are positioned fifth in Conference B of the Pro14 table with three wins from eight matches.