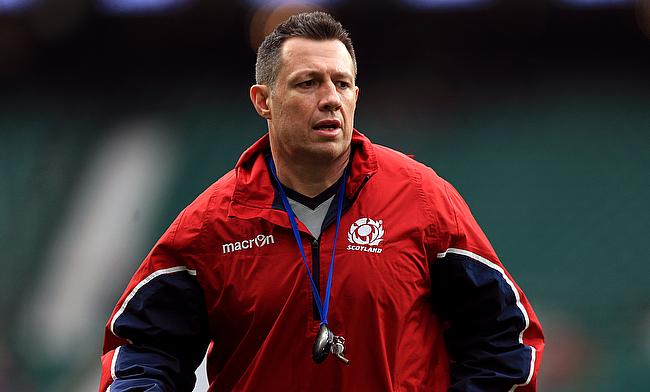 Scotland assistant coach Matt Taylor will be heading back to Australia with immediate effect after he was appointed the new defence coach of the Wallabies.

The 47-year-old made his playing career debut with Edinburgh Rugby after qualifying through Scottish born parents and also represented Border Reivers and Exeter Chiefs before kick-starting his coaching career with Queensland Reds.

“It’s a tremendous honour for me to represent the Wallabies in a coaching capacity," said Taylor to the official website of Australia.

"I have supported the Wallabies since childhood, so to be part of this group moving towards the Rugby World Cup in France in 2023 is an exciting prospect.

“After eight years of coaching in Europe I feel I have learnt a great deal, and I am looking forward to returning to Australia to help develop the exciting talent coming through the Australian ranks.

“The great Australian teams of the past have delivered a distinct style of play – they have been tough, competitive, and smart on both sides of the ball. I’m motivated to play my part in building a strong defensive team moving forward."

Taylor will link with head coach Dave Rennie and attack coach Scott Wisemantel in the Wallabies coaching panel and the former flanker is excited about the new role.

“Dave Rennie is a person and coach I have known and respected for more than a decade, so working alongside Dave, Scott Wisemantel and the rest of the Wallabies coaches and staff will be very rewarding," he added.

“I am keen to visit the Australian Super Rugby teams and coaches over the next month or so and see how they are preparing and developing their players for the 2020 season. It’s important we have a strong connection with our Super Rugby teams.”