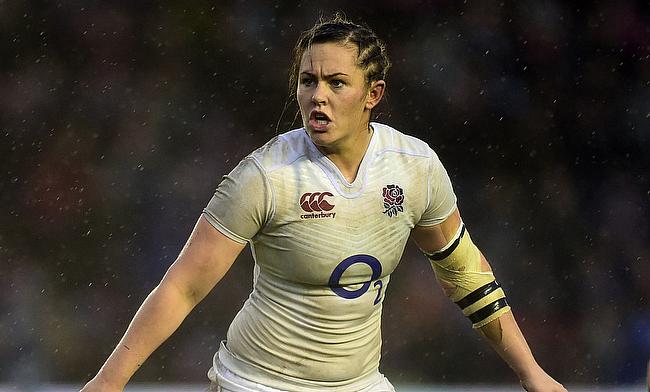 Marlie Packer scored two tries as Saracens defeated Exeter Chiefs 43-21 at Sixways to win the final of the Premier 15s.

Playing in front of 3,238, Saracens now have won three titles after being in the finals on all four occasions. The only time they suffered a defeat in the final was during the 2020/21 season when Harlequins claimed the championship.

Packer gave a terrific start to Saracens as she powered over the line in the seventh minute for the opening try and Alev Kelter kicked the conversion to make it 7-0.

The 22nd minute saw Saracens double their lead as Vicky Fleetwood dived from close range and Kelter improved it to make it 14-0 but the response from Exeter came in the 25th minute as Patricia Garcia dotted down after a quick tap and go and Gabby Cantorna kicked the extras.

With the break approaching, Packer, the England Women’s Player of the Year scored her second try and Kelter kicked a penalty and a conversion on either side to steer Saracens into the break with a 24-7 lead.

Saracens continued their momentum into the second half as Poppy Cleall gathered a pass from Holly Aitchison to send Mackenzie Carson over in the 42nd minute and Kelter was once again spot on with the conversion making it 31-7.

Exeter made a brief comeback with wing Jennie Detiveaux sliding over in the 56th minute but Sarries ensured there was no slip up this time with further tries from May Campbell and Alysha Corrigan in the 62nd and 66th minutes respectively which proved enough despite Exeter scoring their third from Ebony Jeffries with nine minutes left.