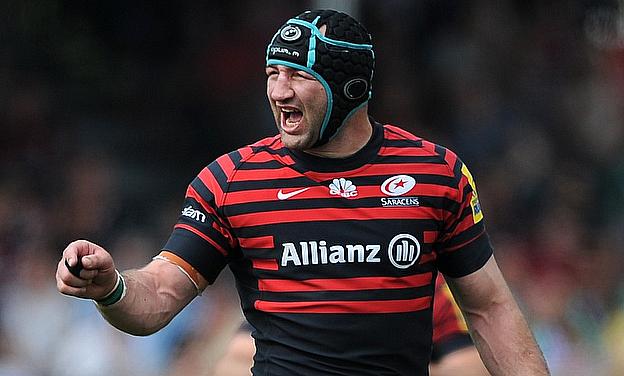 Captain Steve Borthwick has been named in the Saracens team for Saturday's Heineken Cup final against holders Toulon in Cardiff.

Borthwick suffered a pectoral muscle injury and went off during the second half of Saracens' Aviva Premiership play-off victory over Harlequins last weekend.

Saracens rugby director Mark McCall described Borthwick's prospects earlier this week of being fit for the final as 50-50.

But Saracens confirmed in a team announcement on Friday that he will line up in his familiar second-row position when they bid to become the fifth English European champions after Bath, Northampton, Leicester and Wasps.

Former England skipper Borthwick will retire at the end of this season, with Saracens having two games left - the Heineken Cup final and an Premiership final showdown with Northampton at Twickenham in eight days' time.

McCall has made just one change from the side that accounted for Quins, with scrum-half Richard Wigglesworth in for Neil de Kock, who is on the replacements' bench.

Like Borthwick, England's 2003 World Cup hero Jonny Wilkinson will step down from the game later this month, and he captains Toulon as they bid for a second successive European title.

Toulon parade their galaxy of world-class talent, including Wilkinson, centre Matt Giteau, wing Bryan Habana and prop Carl Hayman, while a successful Heineken Cup defence would see them join Leicester and Leinster as the only teams to achieve that feat.