TRU Exsclusive with Billy Vunipola - 'Discovery' of the Season 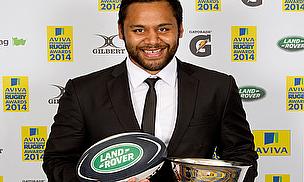 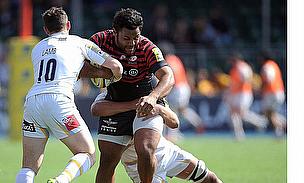 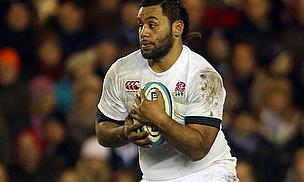 Pace, power and a path of destruction around the field are just a few of the distinct qualities about Billy Vunipola’s game, and all on the shoulders of a young 21-year-old.

The former Harrow schoolboy burst onto the professional rugby stage back in 2011 for London Wasps and then enjoyed two seasons at the club, before following in the footsteps of his older brother Mako and joining up with Saracens.

Since then, the rest, as they say, is rugby history… Billy has made the number 8 shirt his own at the London-based club, broken through onto the international stage as a real force to be reckoned with ahead of next year’s Rugby World Cup and, most recently, been named the Premiership’s ‘Discovery’ of the year.

Ahead of Saracen’s pivotal Premiership semi-final with Harlequins last week, which they won 31-17 after a strong second half comeback, Billy was named handed the award run by Land Rover at the Aviva Premiership awards in London.

Billy’s name was chosen ahead of some fantastic competition, all with certain big futures in the game, including England teammate and Bath playmaker George Ford, winger Anthony Watson and Leicester 10 Owen Williams.

He now joins an illustrious list of previous winners, already including the likes of Owen Farrell and Joe Launchbury.

However, as we now find ourselves at ‘crunch time’ in the domestic rugby season, it has been back to business as usual for the young back-rower and his club as they prepare for two consecutive finals in the Heineken Cup and the Aviva Premiership, as the team and their fans, perhaps, just dare to think of the possibilities of recording a monumental double.

However, there’s another team in the hunt for double of their own, across the English Channel, Toulon will meet Saracens in Cardiff’s Millennium Stadium this Saturday, in search of a back-to-back Heineken Cup victory.

Furthermore, with the recent announcement of Jonny Wilkinson’s retirement from rugby, one of the game’s greatest practitioners, he will want to lead his side to victory in the Heineken Cup and Top 14; finishing his glittering career with a deserved bang.

Vunipola is under no illusion that taking on Wilkinson and his band of ‘Galacticos’ will be easy; In a talking Rugby Union exclusive ahead of the finals, Billy spoke to our very own Max Skofic about his thoughts on the coming weeks, his England career and future in the game.

“We’ll be looking at Toulon a lot in the week building up to the final in Cardiff, but as of yet, we have just been concentrating on our own game.

“Though, having watched some of their games on TV, especially against Munster, you can tell that they work really well together and complement each other really well as a unit.”

Billy continued by then pin-pointing his opposite man in the back row, Steffan Armitage, as the one to look out for:

“With Steffan being in the team – he is obviously awesome around the park and over the ball – and we’ve just got to prevent him in his game and giving them opportunities where they control the game and where their strengths are.

“The other thing is, obviously, they have some massive ball carriers in their team and it’s just our job to stop them.”

Before the semi-final win over Harlequins, though, Billy has struggled with injuries in the second half of the season after he limped from the field against Ireland in the Six Nations.

The young ‘Discovery’ of the year admitted that it had been a frustrating few months since February with his ankle injury, but he is now, touch wood, fully fit and ready for action once again.

“The recovery has been going really well,” Billy began, before his game last weekend.

“Playing the Ulster game I was a bit nervous leading into it,” the Heineken Cup quarter-final which was one of his first games back in action, “but it all seems to be sorted now and hopefully I can carry on and continue with the form that I have been playing in.”

After fighting their way past Harlequins, now with just two finals left to play this season, talk of a historic double is beginning to stir around both Saracens fans and English rugby fans, alike.

However, Billy, a true professional, maintained that the team are not thinking into things like that, too much:

“The double’s still a prospect at the moment, but we don’t really want to think about it too much.

“We are just, as ever, focussing on the next game and trying to treat it like any other.

“I think as a team you can get carried away with it, but we are just trying to prepare as well as we can.

Following in the footsteps of older brother Mako, Billy broke through into the England set-up with a number of impressive performances.

Billy made his international debut, after training with the Six Nations squad, in the 2013 summer tour of Argentina; where he came off the bench in Salta and scored a try in England’s 32-3 victory.

He then fronted up in England’s Autumn international series against Australia, Argentina and New Zealand, pitting himself against the best in the world before featuring in the 2014 Six Nations.

“Playing for England has just been awesome,” Billy began, “my first experience at Twickenham was quite surreal. Having my parents there and my brother Mako next to me… I don’t think I would change that for the world.

“It was an experience that I will cherish forever.

“I was full of pride when I got the chance to put on the shirt and start at number 8 against Australia – I just hope I can keep it going.”

Max then asked Billy how he found the transition to the international stage and whether he recognised an immediate step-up in class.

“It’s mainly just the tempo,” Billy replied, “though, when we play, you know, big Heineken Cup games or something, they are right up there with full international games.

“It’s the tempo that you play at. You’re obviously playing against the best players of each country and, so, they’re obviously going to be a great team.

“Of course, the skill level is right up there and the intensity level – so that’s probably the biggest difference, it’s just the speed.”

With just the two finals to go in  the domestic season, the rugby public’s attention  will then shift to the international stage and this summer’s selection of southern hemisphere tours, with the pick of the litter being England’s visit to New Zealand, to take on the World Champion All Blacks in their own backyard.

Although Head Coach Stuart Lancaster will be forced to field a weakened team for the first test in Auckland on June 7, because of the untimely Aviva Premiership final – which Saracens, of course, feature in – Billy will be hoping to fly south and meet up with the rest of the squad for the final two games.

With the 2015 Rugby World Cup now just over a year away, England will be looking to collect as much confidence as they possibly can before they welcome the rugby world to our shores – starting with the World Champions.

Just one test win over the All Blacks, in their own backyard, would instil an irreplaceable amount of confidence in English hearts; replicating the success England had their in 2002, which they took into their 2003 World Cup win.

Billy, knowing how important the series would be, conceded: “I’m going to try my absolute best to make that tour and get myself in the squad.

“It’s a massive tour and a vital one for England, but at the moment, with these two finals coming up I’m just concentrating on Saracens.

“At the moment, as with everything, I am just trying to take things step-by-step and see how it goes but, of course, it’s a massive incentive and I want to try and get myself on that tour and I will try my very best.”

Finally, as aforementioned, one of the standout qualities of Billy’s career to date is that he now plays all of his rugby, whether for Saracens or England, alongside his older brother Mako, which Billy admitted is a great honour and always a good feeling.

“I enjoy every minute of playing with Mako; having my brother there alongside me and having my family come and watch us train and play together, it’s an awesome feeling.

“It’s something that I’d like to keep going and we will both try our best to do that.

The Vunipolas and Saracens have their eyes now fully fixed on Toulon, when the Anglo-French powerhouses lock horns at the Millennium Stadium, in Cardiff, to fight for the title of the best team in Europe and lift the Heineken Cup.

Billy Vunipola was speaking on behalf of Land Rover, who are partner to Hitz, a Premiership Rugby programme which tackles some of the greatest challenges facing young people today. www.Jaguarlandrover.com