Sam Simmonds, Joe Marchant to start for England for game against Ireland 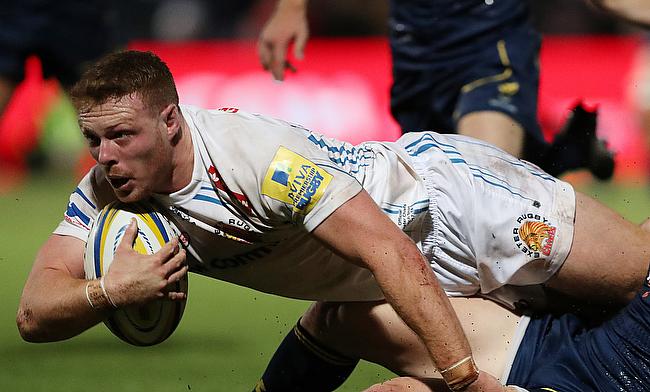 Sam Simmonds will start at number eight for England
©PA

England coach Eddie Jones has made three changes to the starting line up for the fourth round clash against Ireland to be played at Twickenham Stadium on 12th March.

Exeter's Sam Simmonds will start at number eight in the place of Alex Dombrandt, who recently came out of Covid isolation and has been named on the bench.

Joe Marchant will start at outside centre at the expense of Elliot Daly joining Henry Slade at midfield while Jack Nowell and Max Malins start at wings with Freddie Steward at fullback.

Marcus Smith will continue to take the kicking responsibility with George Ford providing back up on the bench while Harry Randall is retained at scrum-half.

As Luke Cowan-Dickie is injured, Jamie George joins at front row that also has Ellis Genge and Kyle Sinckler. Tom Curry has completed his return to play protocols and will be part of back row that also has Courtney Lawes and Simmonds.

Joe Launchbury replaces Nick Isiekwe on the bench and is set to make his first appearance for the red rose team since December 2020.

“We’ve been looking at this game as a semi-final. Ireland are the most cohesive side in the world right now and it will be a good test this weekend," said Jones.

“We’ve prepared really well for this game. We did some good team togetherness work in Bristol and had a solid week of training on the pitch here.

“We are looking forward to going after them in front of a great home crowd at Twickenham. It’s been special having 82,000 supporters back in for our Six Nations games and it will be a great Test match for them.”

England are positioned third in the Six Nations table with two wins from three matches.