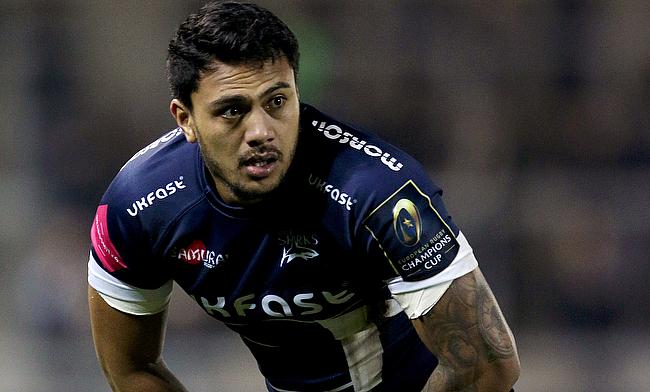 New Zealand provincial side North Harbour has announced the signing of former England wing Denny Solomona ahead of the 2022 season of Bunnings NPC.

Having started his career in rugby league for London Broncos and Castleford Tigers while also representing Samoa at international level, the 28-year-old switched codes to join Sale Sharks in 2016.

Since then, he has gone on to represent them in 98 games scoring 47 tries before announcing his exit from the club in November last year. Solomona has made five Test appearances for England that came in 2017 and 2018 and has now returned back to New Zealand to join North Harbour.

"With Solomona's strength and speed he will provide some quality experience to an exciting North Harbour NPC group," read a statement from the provincial side.

"We look forward to Denny joining the NPC team and more importantly, the Harbour community."

Earlier in January, Solomona told NZ Herald about his desire to return back to New Zealand.

“I’ve reached a point in my career where there’s something missing,” he said to NZ Herald in January.

“There’s an itch on my back I haven’t scratched before and that is coming back home.

“The competition is fierce. Everyone who knows rugby knows Super Rugby. It would be awesome to go back and touch base with where I came from and play against the boys I grew up with.

“I’ve achieved a lot in England but it’s time to come home and see where I’m at.”