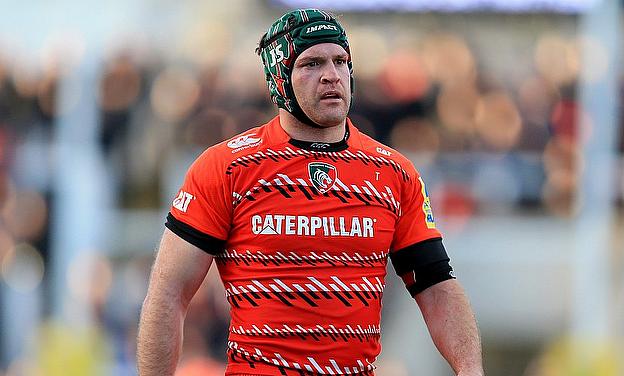 The Australian will link up with his former Tigers team-mate Thomas Waldrom and current Leicester lock Geoff Parling at Sandy Park next term after agreeing a two-year contract.

Salvi, 29, has spent four seasons with Leicester after moving to Welford Road following an earlier Premiership stint with Bath.

"Exeter is a club on the rise, and you can see from their results and performances this season that they are a formidable outfit within the Premiership and Europe," Salvi said.

"What they have achieved since coming out of the Championship has been outstanding, and each year they continue to improve.

"I have had four great years at the Tigers and I've enjoyed every minute of it.

"However, the time has come for me and my family to try something different, and Exeter have given me that opportunity. Now it's up to me to re-assert myself in a new group and do my best to try to break into the team."

Reflecting on signing Salvi, Exeter head coach Rob Baxter said: " Put simply, he is a very good player, very highly-rated and one of the star openside flankers in the Premiership for a number of seasons now.

"I think people are aware that he has come available relatively late in the season as a target for us, so I took the decision when I knew he was coming available to talk to him.