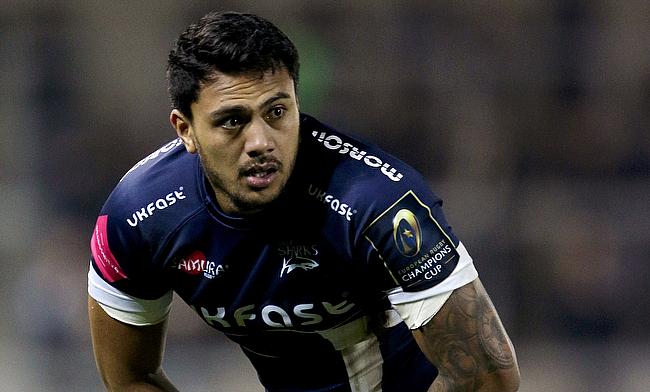 Sale Sharks came up with a six-try performance as they blanked London Irish in their Gallagher Premiership face-off at AJ Bell Stadium on Friday.

The win has taken Sale Sharks to the top place in the table for the first time this season but could slip to second as Exeter take on Bath Rugby at Sandy Park later in the day while London Irish are at eighth place.

The game also saw Sean O'Brien making his first London Irish appearance after recovering from a hip injury while Lood de Jager made his first appearance for the Sharks since suffering a shoulder injury during South Africa's World Cup win last year.

The opening points in the game came in the 18th minute when Sam James collected Motu Matu'u's pass to dive over the line and Robert du Preez followed with the conversion.

As the half-time was approaching, Ben Meehan's pass was intercepted by Will Cliff following which Ben Curry and du Preez set up Luke James over the line for an unconverted try to make it 12-0 at the end of the opening half.

Du Preez started the proceedings in the second half with a 49th minute penalty goal to make it 15-0 and their momentum took a boost when London Irish had Harry Elrington sin-binned in the 59th minute.

Sale made full use of the numerical advantage with Rob Webber diving over the line in the 63rd minute and Sam James dotted down for the second time in the game to make it 29-0 that also saw the home side claim the bonus point.

There was no respite whatsoever for the Exiles as Sale Sharks capped off the game with back to back tries from Denny Solomona and Byron McGuigan in the final 10 minutes to complete a comfortable 39-0 win.