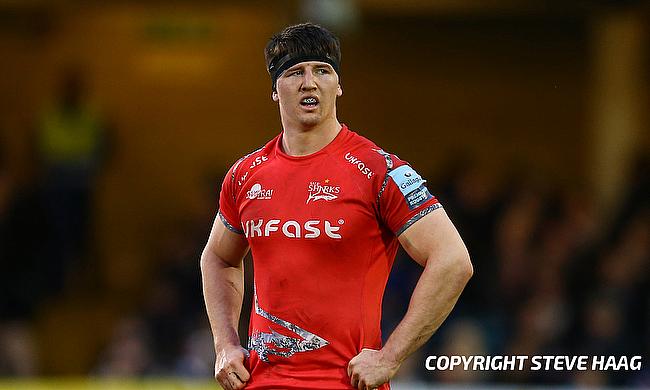 Ben Curry will head to Japan to watch his identical twin Tom feature for England in the World Cup final against South Africa next weekend after seeking permission from his club Sale Sharks.

Ben was supposed to play in the Gallagher Premiership game against Bristol Bears on Friday but Sale Sharks director of rugby Steve Diamond has granted him off for few days following #GetBenToJapan social media campaign.

"What would I remember when I'm 60, one game against Bristol or my twin playing in a World Cup final, and possibly winning it, with me in Japan?" Ben told BBC Sport

'"When you put it in those terms I thought I had to at least ask. Then I had a conversation with my parents and thought it could be a once in a lifetime opportunity. It is bigger than rugby.

"I felt I would regret not going more than I would regret the guilt of going so I thought I had to ask, I was so nervous, and I explained the situation."

Ben will head to Japan on Tuesday and will join his family members, who are already in the country since the quarter-finals.

The public have spoken, @BenCurry98 will be there to support brother @TomCurry98 in the #RWC19 final - and he's taking you along for the ride.

Tom, who also plays for Sale Sharks featured in all five games for England in the World Cup including the quarter-final and semi-final against Australia and New Zealand respectively.

Thankyou everyone involved in making this happen.Firstly @SaleSharksRugby for their support and I want to express my gratitude towards dimes, Simon and ged!thank you to all the sale fans who have been doing their part on social media! Rugby is more than a sport #GetBenToJapan