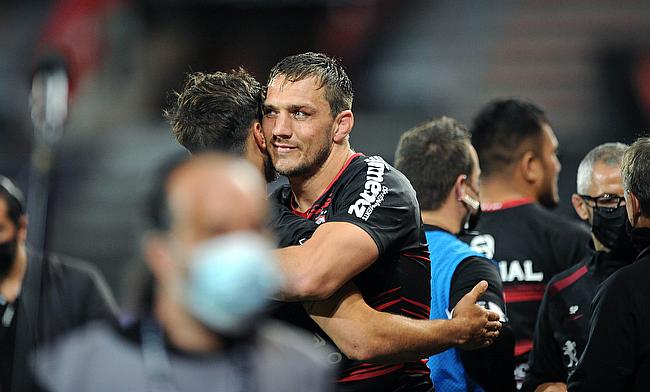 Rynhardt Elstadt has just finished his final session of the week in Saint-Lary-Soulan when he calls for our interview.

He and his Toulouse teammates had travelled to the ski resort to start their preparations for a Top 14 semi-final, getting away from the hustle and bustle of city life for several days before returning home.

It has been a long season for those plying their trade in France’s top division. Their campaign began in the first weekend of September, Toulouse travelling to Clermont where they were unceremoniously defeated by their hosts 33-30.

Just two weeks later, Toulouse, Clermont and Racing 92 had to complete the 2019/20 Champions Cup. Rynhardt Elstadt and his teammates beat Ulster in France but were knocked out of the competition by eventual champions Exeter Chiefs at Sandy Park in the semi-finals.

From that point onwards, it has been something of a fairytale for the incumbent French champions, who finished the regular Top 14 season at the summit to go alongside their historic Champions Cup victory at Twickenham over La Rochelle.

Having joined the side in 2017, Elstadt has been a major part of les rouge et noir’s recent resurgence. Having last won a domestic title in 2012 and a Champions Cup in 2010 before his arrival, the 31-year-old lifted the Bouclier de Brennus in 2019, ending a seven-year wait for silverware on the banks of the Garonne.

“For a lot of clubs in rugby, and in sport, it is normal to go through bad times and good times,” Elstadt told TRU. “You get different eras of rugby and different guys coming through teams and they were just down at that lower stage. Then they recruited the right people at the right time, and I think it has changed the whole dynamic of the team.

“I said the other day actually to Cheslin (Kolbe) that we have come over here and we can actually say we made a difference at the club. We came here and have contributed quite well, and we have won a Top 14 and a European Cup and we will try and see if we can win another one." 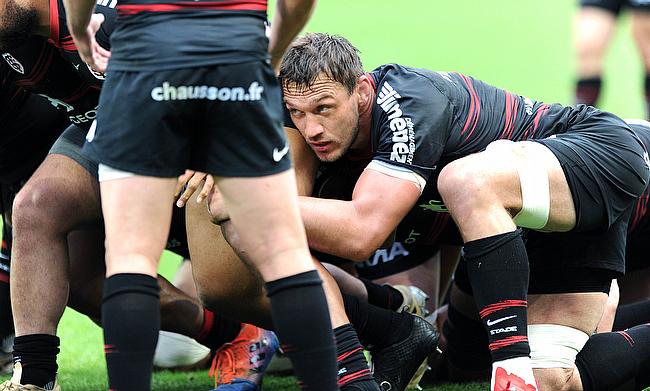 Arriving at the club alongside his Stormers teammate Kolbe and All Blacks prop Charlie Faumuina, playing in France allowed the flanker to gain international recognition.

Gathering caps for South Africa U20 in 2009, Elstadt was a consistent performer in his home country. He played 58 Super Rugby games and represented the Western Province across seven years where he won the Currie Cup in 2014.

Whilst wearing Toulouse colours, Elstadt has been the subject of much praise. Whether it was his dismantling of Gloucester’s lineout in a 25-20 win at Kingsholm back in 2019 or even his monstrous performance in the recent Champions Cup final, he has been a key component in the club's success.

After that win in Gloucester, Elstadt, who had just been awarded the player of the match award, showed off his French skills, translating an interview with Romain Ntamack on BT Sport.

Now former Loughborough University student Thibaud Flament has the mantel of team translator, but Elstadt says learning the language has been a major part of his success with the club.

“In the beginning when I arrived in Toulouse, I didn’t play too much rugby which was frustrating because I didn’t understand the French,” Elstadt said. “But as I got to learn it, it made a big difference for my understanding and learning the language and it made a lot of things easier for me and helped me progress as well.

“It is a very open and free kind of game, and it is also a lot more physical up front and that suits my style of rugby so it has fitted me like a glove.”

It was after the Top 14 title in 2019 when Elstadt received his first caps for the Springboks. Having had several injury-plagued years whilst playing domestically in South Africa, many felt that a consistent run of games would lead to him putting on the international shirt for the first time.

Of course, Elstadt had his work cut out that summer when vying for World Cup selection. Making his international debut in his side’s 2019 Rugby Championship opener against Australia, his second cap came a month later against Argentina in Pretoria, but ultimately he missed out on a place in Japan.

Instead of Elstadt, Rassie Erasmus went with a host of more experienced faces with the likes of Franco Mostert, Francois Louw and RG Snyman preferred to the man from Johannesburg.

Considered to be the 32nd man in case of injury in the lock or back row department, Elstadt was close to making it to the World Cup but now he has been recalled by the Boks for the upcoming British and Irish Lions tour.

“It was frustrating not to join the boys at the World Cup,” Elstadt said. “I was really, really backing the boys all the way even though I wasn’t there. I was so happy for the boys to have won it. It means so much for the country and for the whole team.

“It was just a great experience for me to be announced to be joining the squad again. It will be the first game for the Boks after the World Cup, so it has been quite a while. It will be great to join them and see if we can’t get going from where we left off.

“For us, coming from this side of the world, we will have a bit more of a contribution, I hope. We have played a bit more rugby up in the northern hemisphere than the guys in the south.

“They have only been playing against each other, whereas we have played a lot against the guys in the Premiership and Pro14 who will be on the Lions tour. We have got quite a good feeling about it. I am really amped to be going and joining the boys and see if we can’t go and win another title.” 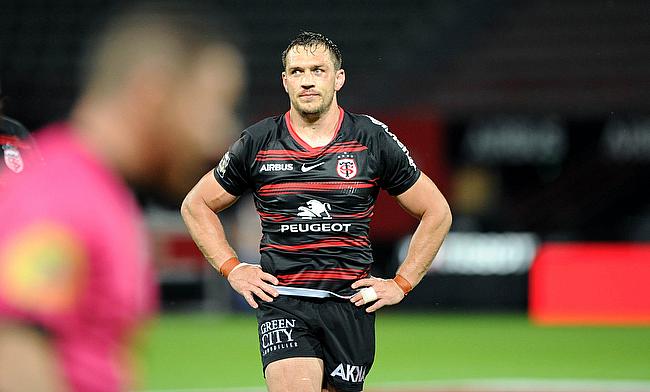 Still a part of the Stormers Academy 12 years ago when the Lions last toured South Africa, at the age of 31, Elstadt is more than aware that what lies ahead of him is a once in a lifetime opportunity.

Selected in a squad packed with talent, the world champions will still have to deal with the losses of Tendai Mtawarira, Francois Louw and Schalk Brits who all retired after their win in Yokohama. With Duane Vermeulen currently recovering from injury, there is bated breath around whether or not the talismanic loose forward will be available for selection for the first Test.

Elstadt is amongst eight players picked by Erasmus who ply their trade in France. Eben Etzebeth, Handre Pollard, Elton Jantjies, Cobus Reinach and Nicolaas Janse van Rensburg have all concluded their club commitments and have flown to South Africa, whilst Joseph Dweba, Elstadt and Kolbe will face off against one another in the Top 14 play-offs this weekend.

Playing for the Boks against Warren Gatland’s side will undoubtedly be the perfect reward for a season like no other, even if there won’t be faithful fans in Johannesburg, Pretoria or Cape Town.

“I think it is one of those things in your career where it will be once in a lifetime,” Elstadt said. “It will be at the end of the longest season I have ever had in my career. I think it has been going for almost 56 weeks continuously and that is quite a long time.

“It has been really long, not in a physical way, but mentally it has been very long. The only bad thing (in South Africa) is that there won’t be any spectators. It is a bit tough, but I am sure the country will be behind the boys, supporting the boys, as they did in the World Cup, especially in these difficult times.

“I am sure that people will be at home, supporting the Springboks 110 per cent and if we can win another title, it will just show the diversity of our country that even though we haven’t played rugby for so long, we can come together and try to be at our best at a hard time.”