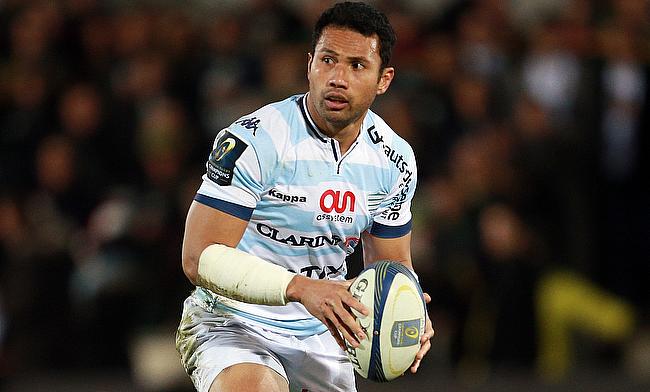 Racing 92 sealed a home quarter-final tie in the European Champions Cup with a club record 64-14 victory over Scarlets in Paris.

Racing racked up their biggest ever win in the Champions Cup tournament while also inflicting Scarlets' heaviest defeat in Europe.

Casey Laulala was the star of the afternoon with a hat-trick of scores as the Top 14 leaders ran in nine tries at Stade Yves-du-Manoir.

Scarlets reduced the damage on the scoreboard with tries from DTH van der Merwe and Gareth Davies early in the second half.

But Imhoff claimed his second after the Racing pack secured a penalty try before Johan Goosen and Laulala - with his hat-trick effort - completed the rout late on.

Dan Carter opened the scoring with a penalty before Imhoff combined with Dupichot and raced clear for the opening try on 13 minutes.

Scarlets lock Maselino Paulino was shown a yellow card for a high tackle and wing Van der Merwe followed moments later for a tip-tackle that left the Welsh side facing Racing with just 13 players for a five-minute spell, and the Parisians taking full advantage scoring three tries in quick succession.

Mike Phillips caught Scarlets outnumbered on the blindside with a pass for Laulala to grab his first. Flanker Le Roux then latched onto a clever cross-field kick from Remi Tales.

Paulino returned but Dupichot made the most of opposite number Van der Merwe's yellow card when he raced clear to clinch the bonus point that Racing needed to secure a home tie in the quarter-finals.

Laulala then stepped through a tiring Scarlets defence on the stroke of half-time for a staggering 38-0 lead at half-time.

Scarlets had little more than pride to play for and managed a comeback of sorts early in the second half. Van der Merwe grabbed his first European try for his new club after Paulino's break.

Former Wales scrum-half Phillips was sin-binned as Scarlets pressed and his successor Davies made the most of the space from the back of a scrum to grab a second try after 50 minutes.

However any thoughts of a bonus point were swept aside as the Racing pack combined with a driving maul that earned a penalty try.

Imhoff was in support to take a scoring pass from Chris Masoe for his second try that took Racing past 50 points.

Davies and Steven Shingler went close for Scarlets but Goosen added a try that he converted before Laulala completed his hat-trick two minutes from time to take Racing past 60 points for the first time in Europe.