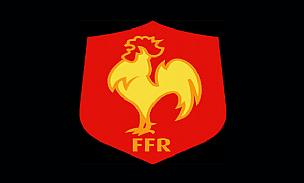 Four years on from hosting the showpiece event themselves, the French are preparing for another assault on the Webb Ellis trophy.

Having been the slayers of the All Blacks in two out of the last three tournaments, the French will be confident of upsetting the hosts for a third time.

First though, les Blues must first get past Japan.

The cherry blossoms are still treading water in their brief rugby history but have come on leaps and bound in recent years.

Coach John Kirwan is well known among rugby fans from both hemispheres, winning the inaugural tournament with his native New Zealand, while coaching Italy for three years and masterminding historic wins over Wales, Scotland and Tonga during his tenure.

Though the same magic cannot be expected of his Japan side, the French will know they're not in for an easy ride.

The side named by unpredictable coach Marc Lievremont suggests just that.

A wealth of experience and talent makes up an extremely strong side, includes iconic names such as Rougerie, Heymans and Harinordoquay.

Certainly not one to under-estimate an opponent, Lievremont's selection of a strong squad presents the former Perpignan flanker with a catch 22 situation.

If the French go out and play the attacking brand of rugby they are known for, all be well for the 42-year-old.

However, if les Blues are anything short of impeccable, questions will be raised about their title chances given the performance of near enough their strongest possible side.

That being said, the former is the most likely, with the French providing far too much firepower both up front with William Servat and Thierry Dusautoir, or in the backs division with Vincent Clerc, Maxime Medard and Dimitri Yachvili.

France: Fracois Trinh-Duc - The Montpellier fly-half will have the key to unlock the wealth of talent and experience in the French backs. Expect Trinh-Duc to dictate play through territory, while shifting his troops around the field.

Japan: James Alridge - Many believe if the Kiwi Fly Half plays well then the whole of the Japan team will tick, it's just whether he can avoid the efforts of the French defence.