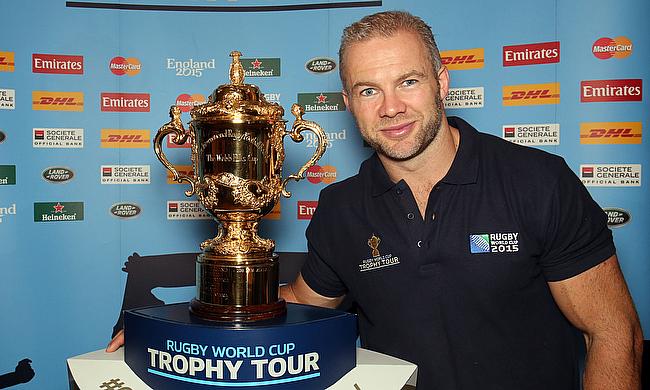 Former England captain Ollie Phillips believes the addition of Sevens Rugby in the upcoming Rio Olympics 2016 will provide the spectators "a cracking spectacle".

Phillips, who was among the top players in the sevens rugby during his playing career has captained England between 2008 and 2010 and has been part of three Sevens Rugby World Cups held in Hong Kong, Moscow and Dubai.

Phillips, who was named the sevens player of the year in 2009, believes the pace and intensity of the game will add a new flavour to the Olympics.

"It's brilliant that rugby is part of the greatest sporting spectacle on the planet, and that both our men and women get a chance to be a part of that," he told Press Association Sport.

"To win a gold medal, for most sportspeople, is the biggest accolade you can have.

"I think the Olympics will get a cracking spectacle. There is nothing, really, that exists within the Olympics whereby the action comes very thick and fast, and there is always something going on.

"Sevens is short, sharp, with loads of points and a carnival atmosphere."

The GB Sevens men's team is grouped along the New Zealand, Kenya and Japan in Pool C and coach Simon Amor is set to name the 12-man squad on Tuesday.

Revealing fitness has a major role to succeed in the seven-a-side version, Phillips expressed confidence on his former teammate Amor in the selection of the squad.

"What I like about Simon's (training squad) selection is that most of the players have been playing sevens all year for England, Scotland or Wales, so their fitness levels will be right up there," Phillips added.

"In sevens, there is an expectation for players to be supremely fit.

"A lot of it in sevens is just about the core skills that lots of people take for granted - your handling, passing, tackling and how accurate you are at the breakdown.

"Sevens puts a huge magnifying glass over the core components of anyone's game. There is no hiding. If you miss a tackle in 15-a-side, sometimes that can be recovered. In sevens, more often than not, it can't be."

Many 15-a-side superstars like Bryan Habana and Quade Cooper have failed to make it to the final squad of their respective countries after failing to adapt to the sevens format while the likes of Sonny Bill Williams have made it to the mega event. With the growing popularity of the game, Phillips believes the game demands specialists to succeed.

"It is a challenge going from 15s into sevens. You cover a lot more yardage, there is a lot more running. It is more about agility and speed. Also, the recognition of space.

"In 15s, there is less space and it is crowded with players, and on a sevens field, it is all about appreciation of space, knowing when to take the gap between you and the defence or when to hold on and push out wide.

"The HSBC World Sevens Series has grown from six tournaments to 10, and the actual game of sevens is really exploding. I think the Olympics will contribute massively to that."