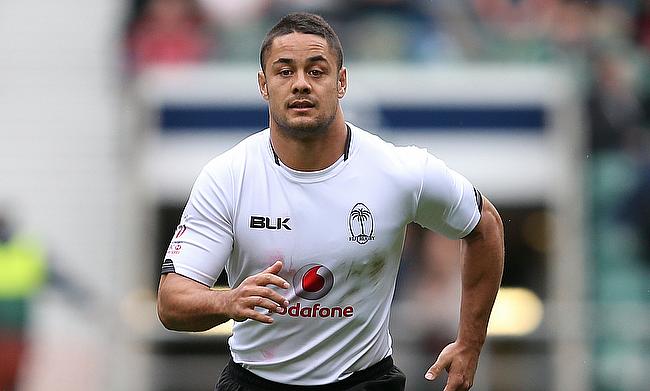 Jarryd Hayne could make a return back to the NRL.
©Press Association

After a phenomenal success with the Parramatta Eels club in the NRL, Hayne joined San Francisco 49ers of the NFL and later made a switch to the rugby union in 2015 in a bid to represent the Fiji Sevens team in the upcoming Olympics.

Hayne was drafted into the Fiji Sevens squad in the HSBC London Sevens where he made a low-key debut, appearing for just four and a half minutes in the game against England and against Wales it was just another three and a half minute appearance.

Fiji Sevens coach Ben Ryan confirmed that he had a discussion with Hayne on Friday and conveyed the news to him.

“On Friday, Jarryd and I sat down for an end of camp week talk and decided that his journey towards Rio had come to an end.

"I explained that he has had a quite amazing few weeks and committed 100% to the programme. It’s been the most physically and mentally draining “stress cycle” I have put a Fijian squad through and not once has he shirked putting in the effort.”

“At the start of his journey with the team I explained a few things to him. I could see immediately that he had a very good skill set and his fundamental skills were excellent and personally I just love his attitude to life” Ryan added.

Despite, the setback, Hayne can make a return to the NRL for the remainder of the 2016 season, capitalising on the loophole in player signing deadline rules.

Earlier, Hayne stated that, if he is to return to NRL then Eels will be his preferred choice after spending eight years with the club. Meanwhile, Super Rugby club Waratahs have also expressed their interest in signing Hayne for the upcoming season.