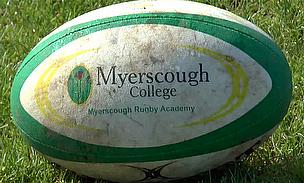 A small village in Lancashire, on the Fylde coast, Bilsborrow is the surprising location of one of the country’s most successful Rugby Academies at Myerscough College.

Originating from the 19th Century when it was then known as the Lancashire College of Agriculture, Myerscough has now developed into a College catering for both higher and further education in both land-based and sports studies.

Within the last decade Myerscough has joined forces with Sale Sharks to create the RFU’s Elite Player Development Centre for the North West, having nurtured some of the area’s most promising rugby talent into fully-fledged professionals.

The College’s Hall of Fame boasts a number of internationals and Sale Sharks, including Lee Imiolek, Tom Brady, Will Cliff and Tommy Bell, with a whole host of players plying their trade in the Championship and National leagues.

The number of Elite courses offer students a unique opportunity to train as professional athletes and secure a dream job in professional Rugby Union. No stone is left unturned for rugby players at Myerscough, as the students enjoy vast amounts of top quality coaching, strength and conditioning and medical support from our onsite team.

Alongside this players are prepared for all the different facets of being a professional rugby player, with teaching on anything from how to deal with agents to media and interview training.

With this entire package the players also get the priceless opportunity of being able to demonstrate their talent to one of the Aviva Premiership’s leading clubs and fight for the chance to break into the Sale Sharks youth or senior squads.

However, it is not just players that the courses are designed for, with the College’s specialist team of teaching and coaching staff helping to develop students as players, coaches, referees and administrators.

As well as providing elite training on a day-to-day basis the College encourages players to represent local club sides at weekend including Fylde, Preston Grasshoppers, Garstang, Thornton-Cleveleys and Fleetwood – all of which the College have great links with.

This season the first team made it through to the British Colleges Sport Rugby Union National Cup final, to face Coleg Sir Gar (Llanelli Scarlet's Academy) from Wales.

Myerscough powered past tough opposition in the form of Henley College, from Coventry, with tries from students, Lee Ferrier, Danny Whitehead and Adam Brocklebank, with Alex Ward kicking two conversions.

Unfortunately, though, the Myerscough men were beaten in the showpiece by a very strong Sir Gar side, who dominated proceedings through their forwards.

A number of the players from this year’s team will leave the College at the end of this academic year, as is the nature with junior rugby at schools and university level, and although they didn’t manage to go out with a cup final win, their time at Myerscough has certainly prepared them for a bright future in the game.

The Talking Rugby Union team headed down to the College to watch the players in action as they trained for the final and chat to Captain Adam Brocklebank and Head Coach Steve Gough, who explained how two years at Myerscough helps a young player on his journey to becoming a professional.

“The RFU brought the AASE programme in a few years ago which is based on enhancing elite performance alongside education,” Steve explained, “and we’ve tried to embrace that with the strength and conditioning, the nutrition… they are, if you like, training as professionals.

“The only addition to what they do as professionals is the education bit. All the guys here train every week and every day throughout the week. They’re the best prepared that we can have.

“When they leave here they go with good skills, good strengths and communication and they have all the grounding to make it. What they do when they leave is entirely up to them; but we give them the tools and it’s how they use them really.”

Three of the 2013/14 squad are leaving Myerscough for scholarships at Durham University – one of the country’s highest rated rugby and academic universities – to continue their careers.

Captain Adam Brocklebank is one of the three players heading to the North East and someone who owes the majority of his future to the hard work put in at Myerscough College.

Having never played county rugby, or much of the sport itself, before he moved to the College Adam has flown from strength to strength, having represented the England U18s Colleges side.

“Hopefully I’m going to get the grades to go up to Durham University,” Adam began, “because I’ve got a scholarship up there and that’s where I want to be heading.

“At the end of my two years at Myerscough now it’s been a great experience; I couldn’t have thought of a better place, with just the lads and the coaches. It’s just one big family.”