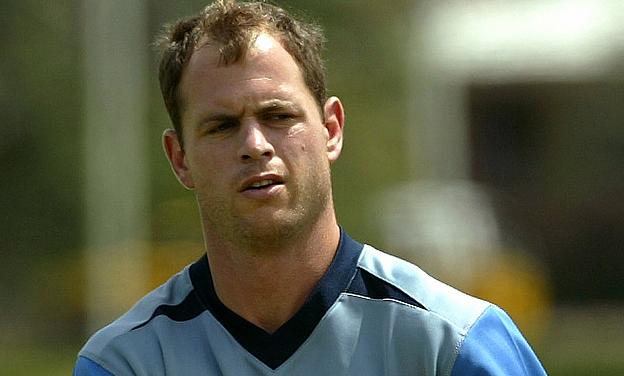 Los Angeles youngsters to visit Fylde
What next for Wilko?
Canterbury's 'Republic of Rugby'
North vs. South - Who Makes Your 6 Nations XV?
Zimbabwe Rugby - What Next?
TRU Exclusive with Hendre Fourie and Mark Cueto

England legend and Rugby World Cup winner Kyran Bracken chats to Talking Rugby Union Editor Austin Halewood about his thoughts on the current England team, the battle for number 9, his own rugby memories and the modern day scrum-half.

We managed to catch up with Kyran whilst he was working as an ambassador for Land Rover and the HITZ programme. The project, which has also enlisted the help of rugby legends like Lewis Moody, launched in December and aims to tackle some of the greatest challenges facing young people, such as unemployment, career direction, disillusionment social and personal conflict and frustrations, all through the core values of rugby.

“The HITZ programme,” Kyran explained, “is aimed at young people who are perhaps unemployed, out of work and out of education.

“It’s part of land Rover’s social responsibility of putting money and time back into, not quite grassroots rugby, but a way of using rugby as a common denominator to reach young people and help them to get onto the working ladder.

“It’s a very clever scheme, which has already worked well; it’s going to get rolled out to all of the Premiership clubs.

“It’s not about recruitment to the elite game, it’s more importantly getting people involved with the concept of rugby and working as a team.”

The World Cup winner and long-time serving England scrum-half, was born in Dublin before moving across the Irish Sea to England at a young age and settling in Liverpool.

After attending Stonyhurst College in Lancashire, under the watchful eye of former England Head Coach Brian Ashton, he studied law at the University of Bristol; where he was a key member of the rugby team, before singing for Bristol Rugby Club after qualifying as a solicitor.

“I was 18/19, just out of school, and playing University rugby,” Kyran recalled, “you don’t ever think you’re really going to play men’s rugby; but, within a couple of years I was then playing for England and facing up against the All Blacks.”

This summer the red rose will once again face-off with the silver fern, on their home soil. The 6 Nations runners up will face their greatest test in the build up to next year’s Rugby World Cup, when they will test their skills against the best side in the world, in New Zealand, with three tests in Auckland, Dunedin and then Hamilton.

“I think the tour to New Zealand will be the big test to see where they are at,” Kyran admitted, “They are away from home, against the best side in the world.

“If we get one win from the series down-under that would be a great start for us going into the World Cup.

“This 6 Nations they answered a few critics with great performances against Ireland and Wales, but losing against France in that first game obviously prohibited them from getting any silver-ware.

“In the tournament we saw another side to England: one with youth, exuberance, and exciting rugby through the way they played.”

One player who starred in the 6 Nations, who is certain to play a key role in the New Zealand tour and then the World Cup, is Danny Care. The Harlequins and England scrum-half launched himself to the front of the queue with five fantastic performances this spring.

Bracken, who helps coach the scrum-halves at Harlequins, naturally works with Care in great length and he believes he is the figurehead man to lead in that position come the home World Cup.

However, there are three other players all fighting it out for the right to wear the famous number 9, namely: Northampton’s Lee Dickson – who we saw featuring off the bench in the 6 nations, Leicester’s Ben Youngs and Saracens’ Richard Wigglesworth.

But what were Kyran’s thoughts on the future of the key position:

“Well I think there are four or five really good scrum-halves. I think all of them have their own strengths, you know; Richard Wigglesworth, for example, I think would probably put himself forwards as the best kicker out of everyone. He’s got a very good kicking game with his left foot, tactically he’s able to put the ball up and put it in the corners well.

“I think some of the other players, like we said Danny Care, has got the X-Factor about him: he’s the man who can change a game single-handedly and have a big impact on its outcome – which is something not many people can do.

“I think England are quite well placed at 9 – I’ve no doubt that there are going to be injuries in this World Cup – and I hope it’s not to one of the 9’s – but, you know, if Danny was to get injured there are people like Lee or Richard who could stand up and be counted – it’s a healthy position as it stands at the moment.”

I then asked Kyran what exactly the shape of the position is like at the moment and how he thought the position has developed and changed since his days at the back of the ruck:

“Mainly, I think the biggest change for number 9’s is that there is more of a free role for them to be rugby players,” Kyran began.

“A bit like Danny Care, the position is more about speed, flair and not just about executing the core skills.

“The main reasons why this is and why the game has changed over recent years is, firstly, because the ball is in-play a lot longer, the changes in rules of the game and jus the speed with which it is now played.

“From a scrum-halves point of view, while the role has obviously changed slightly, people like Care and Youngs have become more of a threat to defences; however, maybe, where they can learn from our generation is the importance of having very strong core skills as a 9 – whether passing, kicking and that sort of thing.

“Whilst it is moving away from the idea that it is almost not a number on your back, certainly when we played, a number 9 was a number 9.”