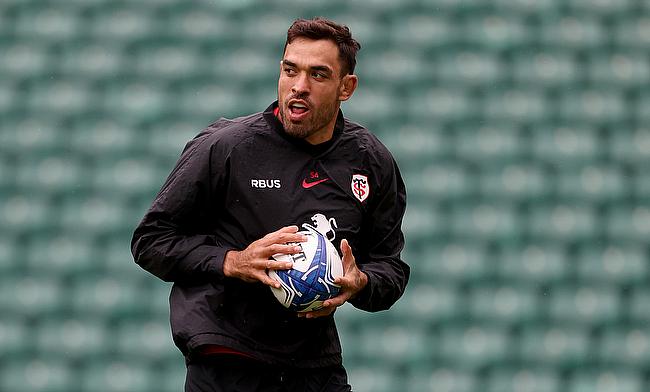 Josh Bassett Exclusive: 'It has taken a lot of work this season to get this opportunity'
Worcester lock Matt Garvey to retire at end of season
Edinburgh sign loosehead prop Jamie Jack from Ampthill Rugby
Rugby Union free bets

“When you are not one of those kickers, you don’t have any input, all you can do is keep the boys confident, it is a horrible way to lose really,” Rory Arnold said when asked about Toulouse’s dramatic conclusion to their Champions Cup quarter-final.

“After playing 100 minutes of rugby, nothing splitting the teams, just to come down to a kick off between three players, you have got to feel for the kickers, putting themselves on the line, with the pressure involved with that.”

Saturday afternoon’s 24-24 draw between Munster and Toulouse at the Aviva Stadium was mesmeric for all the right reasons. Across the 100 minutes played, the two teams had gone toe-to-toe, scoring three tries, slotting three conversions and a penalty each before a first place-kicking contest since 2009.

All those years ago, it was Leicester Tigers and the Cardiff Blues who stepped up to the kicking tee, although this time around there is a standardised format with Antoine Dupont, Romain Ntamack and Thomas Ramos sending the incumbent champions through to the next round.

This weekend, Arnold and his teammates will be making their way back to Dublin in order to play Leinster at the same venue. In Leo Cullen’s side, Toulouse are coming up against the competition’s second-most successful team, a club that boasts a litany of world class rugby talent.

Beating Leicester Tigers 23-14 in the last eight at Mattioli Woods Welford Road, it was largely thanks to the boot of Johnny Sexton and Ross Byrne which helped the Irish giants progress further.

Rory Arnold is INCREDIBLE at line-outs! ??

The @StadeToulousain lock has read these Ulster throws like a book, disrupting their game at nearly every line ??

Returning to Dublin on Thursday to get reacquainted with the city, Arnold is honest in saying that his body was tired following his exertions a weekend ago, although after his red card for a dangerous tackle on Simon Zebo, he only was on the field for 90 minutes rather than 100.

“A bit fatigued, but I am very excited to be in a semi-final again of a European Cup,” the Australian international said. “What a game last weekend. Devastating for Munster to lose like that, but that’s rugby. There can only be one winner and we were lucky enough to get that result so we have got to regroup, go back there and get that job done.”

Despite having been champions last year, this European campaign has by no means been easy for Ugo Mola’s team. Placing seventh in Pool B, it will now be the third successive round that the French outfit has faced an Irish province.

Having to beat Ulster over two legs - after losing the first game - and then Munster more recently, Ireland has become something of a second home for Arnold and his teammates.

Compared to last season, there have been gaps found in Toulouse’s armour, the team currently sixth in the Top 14, and whilst that may mean a quarter-final place, for a side that contains some of the best players in the world, it doesn’t exactly indicate red hot form.

“To be the best, you have got to beat the best, and we have definitely played some tough teams on the way to this semi-final,” Arnold said. “It is no different this weekend, they are a quality team and a world class team at that.

“We have travelled away and got results in the last two games, but in saying that, they [Leinster] are the benchmark, they are a step up. We are going to have to be very, very good and clinical if we want to get the result on Saturday.

“Even this season, we haven’t been playing our best rugby, but we have been scraping through. We can take confidence from that, saying that if we can put that 80-minute performance together that we are capable of, it should be good enough to get the result.”

Both teams will have lots of international quality on display, Arnold very much an example of this, whilst the virtues of Dupont, Ntamack, Anthony Jelonch and Julien Marchand speak for themselves.

In the Leinster camp, they boast plenty of Ireland’s top players making this the tie to watch at this stage of the competition, whilst Racing 92 and La Rochelle do battle for the second berth in Marseille on Sunday.

What Saturday afternoon will prove, more than anything else, is that these clashes of titans are not just reserved for show piece finals. Even then, it is a game that will be massively indicative of who may lift one of rugby’s most historic trophies at the end of the month.