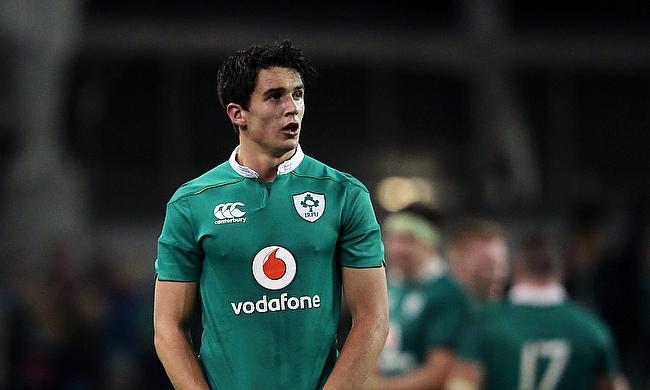 Ronan Kelleher starred with four tries as Ireland went on to trounce United States 71-10 in their final fixture of the summer series at Aviva Stadium on Saturday.

In the process, Kelleher became the first Irish player since Denis Hickie in August 2003 to score four tries in a single game as Ireland scored 10 tries to complete a convincing 61-point victory in front of 6,000 specators.

Andy Farrell made eight changes to the starting line up from the side that defeated Japan 39-31 in the previous weekend.

Ireland started the proceedings with an eighth minute penalty goal from Joey Carbery and they extended the lead further with Robert Baloucoune celebrating his first start with a 17th minute touchdown after collecting a simple pass from Carbery. The fly-half also kicked the conversion to make the scoreline 10-0.

The USA opened their account in the 20th minute with Luke Carty kicking a three-pointer but it was total domination from Farrell's men as they went on to score three tries in quick succession with two coming from Kelleher.

Kelleher and Nick Timoney scored in a similar fashion as they dived over at the back of mauls in the 24th and 27th minutes respectively before the Irish hooker following efforts from Andrew Conway and Hugo Keenan dotted down in the 30th minute. Carbery kicked all the three conversions as they home side finished the opening half with a 31-3 lead.

Ireland extended their momentum into the second half with Kelleher touching down at the back of a rolling maul to complete a hat-trick in the 45th minute and Carbery improved to extend the lead to 38-3. USA were reduced to 14 men by the 54th minute with Riekert Hattingh sent-off for making contact with the head of Kelleher, who went on to secure his fourth try.

Stuart McCloskey soon came into action as he touched down in the 56th minute and then sent a grubber kick for Keenan to dot down in the 62nd minute as the scoreline became became 57-3. Gavin Coombes added further misery to USA as he scored his maiden international try in the 71st minute. The closing minutes saw Andrew Guerra and Finlay Bealham exchange tries as Ireland went on to record a 71-10 win.