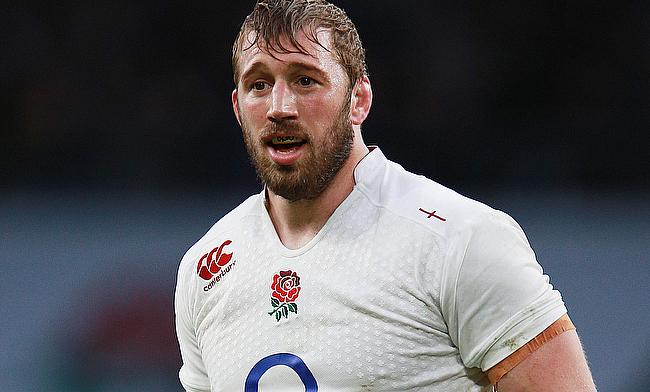 England approach the deadline for naming their World Cup squad wounded by an abject defeat to France that drew scathing verdicts from coach and captain.

The gravest concern arising from Saturday's 25-20 defeat in Paris was the manner in which the pack - for so long a source of English strength - was bullied by Les Bleus for a second successive week.

And one of the worst performances of Stuart Lancaster's reign as head coach has also confused selection with number eight, fly-half and hooker under scrutiny as the August 31 cut off point for naming the World Cup squad draws near.

Late tries from Danny Cipriani and Jonathan Joseph flattered England and alarm bells are ringing with one warm-up remaining before Fiji visit Twickenham in the tournament opener on September 18.

Chris Robshaw, who returned as captain after missing last Saturday's narrow win over France, rounded on the shortcomings that enabled France to seize a 15-6 interval lead.

"Myself and the other boys just gave too many penalties away and it left us with a lot to do in the second half.

"Credit to everyone because we played well in the second half and you saw it was all or nothing. Unfortunately we couldn't quite get over the line.

"But you can't give away a head start like that and allow quality teams like France the chance to get away.

"By our standards it wasn't good enough and we've got a big two weeks before we play Ireland. There's a lot to work on."

The visit of Joe Schmidt's RBS 6 Nations champions to Twickenham on September 5 has become a match England dare not lose - and the World Cup has yet to kick off.

"It was certainly a disappointing first half, to put it mildly. I was in a lot better mood by the end, but the first 60 minutes weren't good enough by international standards and the boys know that.

"I was pleased with the way we came back at the end and to be pushing to win the game was great, but it was too little too late really."

Cipriani's arrival from the bench for the final quarter injected life into England's attacking game and with George Ford one of many who struggled, there is now doubt at fly-half.

Ford and Owen Farrell are World Cup certainties, but which of them is first choice and how might Cipriani be shoe-horned into the squad form the conundrum facing Lancaster.

A slimmed down Billy Vunipola under-performed at number eight and Nick Easter's fine cameo from the bench has put pressure on Ben Morgan, who is still finding his way back after a long-term injury lay off.

The second-half appearance of Jamie George improved the line-out - England's set piece was abysmal at the Stade de France - but the debutant hooker has no time to mount a serious challenge to first choice Tom Youngs.

"A few of the replacements did well. Both props did well when they came on, Jamie George was excellent, Danny Care was excellent. Those guys brought the energy we needed to get back into the game," Lancaster said.

"I'll have a chat with the coaches and make the decision towards the end of the week."