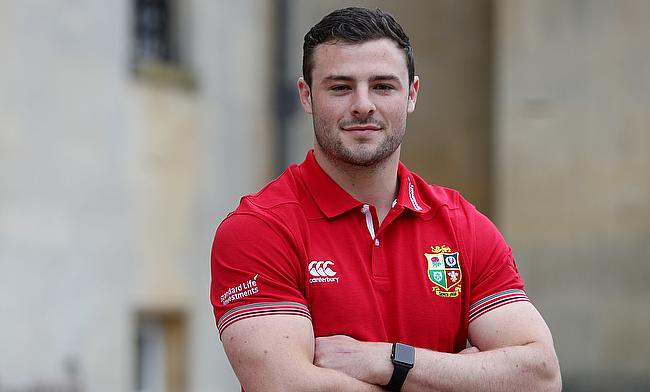 Henshaw, who has played 52 Tests for Ireland scored a try during Lions' warm-up game against Japan last month but was not involved in Saturday's fixture against Emirates Lions.

"Robbie has a very mild hamstring strain which will keep him out of the next game," a Lions spokesperson said.

The absence of Henshaw will see Owen Farrell and Chris Harris starting at midfield for the weekend's game while Bundee Aki will provide cover from the bench.

Meanwhile, Tom Curry will miss the opening two warm-up games due to a pectoral problem but kicking coach Neil Jenkins is confident that the England flanker will overcome the setback.

"Tom had a bit of an injury when he came in from Sale. He's training with the guys and was involved today (Friday). We'll see how he goes over the next few days," he said.

A dislocated shoulder ended Alun Wyn Jones' tour of South Africa even before it started with Conor Murray named as captain of the Lions and Jenkins feels the Wales skipper will do everything within his limits to return to action soon.

"I've known Al a long time and I've never written him off in any way shape or form. I've seen him injured on other occasions, but not too many.

"He's been very lucky in that regard and looks after himself incredibly well. That's part of the reason why he has minimal injuries.

"Nothing surprises me with Al. He's an incredible player who looks after himself incredibly well. If anyone can get back to playing in the Test series, then he certainly can."