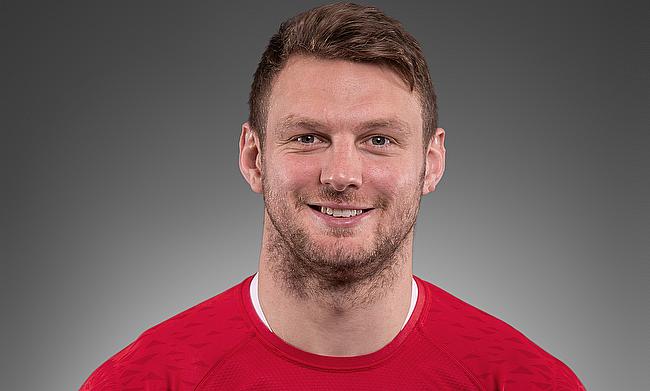 As send offs go, it certainly has been a far from perfect one for the British & Irish Lions.

Firstly, they lost their tour captain Alun Wyn Jones to a dislocated shoulder after just seven minutes of The Vodafone Lions 1888 Cup match against Japan at Murrayfield.

Back-row Justin Tipuric then had to leave the field 15 minutes later for what seemed to be just a ‘stinger’, but it turned out to be a far worse shoulder injury.

By Saturday evening - after a 28-10 win over a Japanese side who improved massively after the interval in Edinburgh - both Welsh forwards had been ruled out of the tour to South Africa with countrymen Adam Beard and Josh Navidi receiving call-ups to replace them.

Irishman Conor Murray was installed as the tour captain and, if we needed it, those seven or so hours between 3pm and 10pm reminded us all just how quickly things can change in the world of rugby union.

Then on Sunday, just before the Lions boarded the plane in Edinburgh to take them on tour, South African president Cyril Ramaphosa said all gatherings indoors and outdoors will be banned for 14 days, along with the sale of alcohol, dining in restaurants and travel to or from the worst-hit areas of the country.

??Beating Japan 28-10 at Murrayfield this afternoon, there were promising signs for @lionsofficial.

But it was injury to Alun Wyn Jones that has got tongues wagging ??

An extended curfew has been imposed and schools are shut early for holidays, meaning there is a very odd feeling around the Lions at the start of this week as they prepare for five tour matches and three Tests.

Players often say ‘we just have to get on with it’ and that was very much the way Saturday’s player of the match Dan Biggar was feeling.

“Obviously, it’s pretty disappointing to lose your captain and your talisman five or six minutes into the game,” the 31-year-old Welsh stand-off told TRU.

“It’s a huge loss, but it’s one of those things. We’re lucky in the group that we’ve got a lot of good leaders, good speakers, but you’ve only got to look at Al’s record and experience.

"It’s going to be a big blow to be on the tour without him. Things move so quickly on these tours. When we’re in camp, the rest of us have almost got to put it [the loss of their skipper] to one side and look at what we’ve got.

“But obviously it’s hugely disappointing for Al and as a squad, absolutely. He’s obviously going to be devastated because this trip has been a big focus for him over the past year or so. It will be tough for him to take. I know he’s got a young family back home and they’ll take up plenty of his time.

“I think Al will be disappointed, but he’s been in the game a long time and achieved pretty much everything. He’ll certainly be down for a few days.”

Irish trio’s help: “It was a bit of an armchair ride for me in the first hour”

Biggar had new skipper Murray as his half-back partner and Bundee Aki and Robbie Henshaw outside him at the start of the match on Saturday and they all combined very nicely at times as the Lions built up a 21-0 half-time lead.

“It was very good, Bundee and Robbie were excellent and Conor’s box kicking just adds a real control to our game,” Biggar said.

“Robbie was unbelievable, making big hits, getting us going forward. His chat was excellent and he is very good in the air.

“You can see why Johnny Sexton has played so well with quality players like them around him. It was a bit of an armchair ride for me in the first hour.

“Japan did cause us problems in defence as the game went on and we’re not where we want to be in any facet of our game.

“We’ll hopefully get better with each game that comes along. That’s the big thing on a tour. You have opportunities every few days to improve.

"We want to win every game, but the whole emphasis is gearing up so all our systems are in play by that first Test later on in July. We’re going to have to go through a couple of weeks where we don’t get everything right. Hopefully we can peak by the time the Tests come around.”

As it stands on Monday morning, the Lions are due to play the Emirates Lions in Johannesburg on Saturday.