Leadership on display ahead of opening Lions Tour match-up 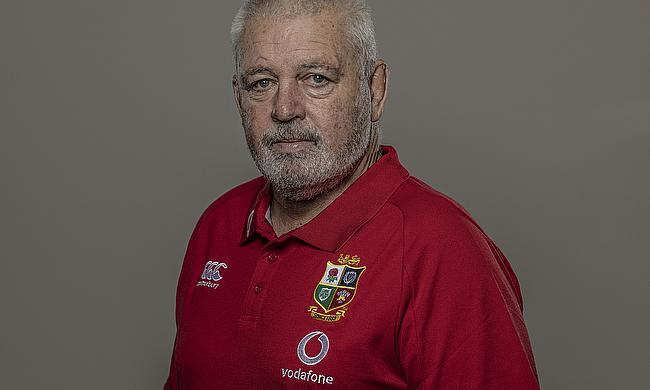 Stuart Hogg to lead British and Irish Lions against Sigma Lions
Conor Murray: We want to put a show on for people
TRU's Premiership XV of the 20/21 season
South Africa resume training after Covid scare

Having lost Alun Wyn Jones last weekend in Edinburgh, for the British and Irish Lions’ first game in South Africa Warren Gatland has proven that leadership will not be a problem for his team.

Making 14 changes to the side that took on Japan at Murrayfield last weekend, Stuart Hogg will captain the British and Irish Lions from full-back. Having started from the bench for Exeter in the Premiership Final, Scotland’s skipper will be getting much needed minutes under his belt in two days’ time.

But, along with the vast experiences of Hogg, there are plenty of more leaders in the starting side. Owen Farrell starts at inside centre, the Englishman both the captain of his country and club, whilst Finn Russell, Jamie George, Maro Itoje and Taulupe Faletau are also senior figures.

On his third Tour with the Lions, Hogg says that with this group around him, he is allowed to be himself.

“I think the thing for me about being captain, is that it doesn’t change what you do,” Hogg told media at Thursday lunchtime. “You go out there and be your own man, be yourself and I have never been one to stand and scream and shout at people.

“I like to lead by the way I perform, and I am fortunate within this team at the weekend there is a huge amount of experience and some great leaders involved in this team. For me, I just need to go out there and do my job and that is the way I lead. I am a very, very passionate rugby player and I am hugely honoured and excited for the challenge ahead.”

Josh Adams is the only player to have retained his position from last weekend, although Courtney Lawes’ early introduction to proceedings in Scotland may as well have made him a starter.

Lawes starts in a back-row that also contains Hamish Watson and Taulupe Faletau, who also played most of the minutes last week. At lock, Maro Itoje combines with Exeter’s Jonny Hill, as they have done for England most of this year, and in the front row sees Wyn Jones, Jamie George and Kyle Sinckler all start.

It is an all-Scottish half-back pairing of Ali Price and Finn Russell, Owen Farrell combines with Chris Harris in the midfield, as Louis Rees-Zammit’s inclusion on the win concludes the alterations.

“We spoke, always, about giving everyone an opportunity in the first three games, so Josh Adams is the one who doubles up and we have made 14 changes,” Warren Gatland said. “Guys are starting to gel together, there were aspects of the Japan game we were very happy with, in particular in the first half.

“They played a different style and put us under a bit of pressure, but the boys have looked pretty sharp in the last couple of training days and we have got another session this afternoon before the captains run tomorrow.”

There will also be appearances from the bench for beaten Premiership finalists Luke Cowan-Dickie and Sam Simmonds, the former having passed head injury protocols in order to allow for his selection.

??Obviously, injuries are inherent with rugby and the Lions coaches would have been well prepared for such an event, but it doesn’t lessen the blow...

Mako Vunipola and Elliot Daly will also be hoping to make impacts from the replacements, as Zander Fagerson and Gareth Davies look to make their first appearances for the Lions. Finally, Irish duo Iain Henderson and Bundee Aki will take up support roles this weekend having started last time out.

Their opposition this weekend, the Lions, for many years have been the providers of some of the Springboks biggest stars. Not only is Rassie Erasmus a former captain of the team, it is where Malcolm Marx’s career began, as well as Franco Mostert, Kwagga Smith, Faf de Klerk and Elton Jantjies.

Now, there is just one current Lion on the South Africa squad, 23-year-old-centre Wandisile Simelane potentially making his debut this summer. Having won just once in the Pro14 Rainbow Cup, the side has got plenty of motivation for this encounter, with the familiar names of Jaco Kriel and Jannie du Plessis likely to make appearances.

“We’ve had a reasonably good look at them,” Gatland said. “They are going to be strong up front and for us, the first game on tour is always difficult. They were probably the least effective of the four teams (in the Pro14 Rainbow Nations Cup).

“In terms of the numbers of players they have lost to the Springboks squad, they are going to be fairly settled and pretty strong. For lots of these players it is a once in a lifetime opportunity to play against the Lions, so they are going to be incredibly motivate do go and play well.

“We understand that there is not going to be any crowds, but that is not going to take away from their desire to want to be the first team to try and beat the Lions on Tour.”