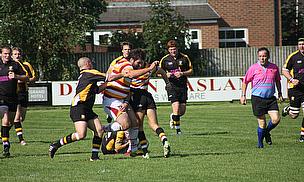 We caught up with Western Force's head coach Richard Graham, what a nice guy he was.

How are you feeling about Western Forces chances this year?

The boys have worked extremely hard during pre-season. The key to success for us is keeping everyone fit and available for selection as depth will be tested this season. If we are able to manage that and also win the close games, we will give ourselves an opportunity to compete for the top spot in our pool.

How did you enjoy coaching at Bath RFC?

I loved it. I began my professional coaching career at Bath. A lot of the senior players now ie. Beattie, Barkley, Grewcock, Barnes, Meares, etc were young men beginning their rugby careers at the same time. Bath is a beautiful city and the people were very supportive.

They both have different philosophies and interpretations on the game. The northern hemisphere has a strong philosophy of forward play, however I do believe the link to backline attack has developed over the last 10 or so years with greater consistency at club level. I really enjoyed the Heineken Cup concept. Southern hemisphere rugby is very different for a number of reasons. The weather, the different physical make up of the players, the law interpretations of the referees and the need to entertain. Having spent 7 years in the UK, I appreciate both.

How do you think Australia will do in the Rugby world cup?

Robbie Deans make a decision 3 years ago to invest in youth and he has been unwavering in his philosophy. It will depend very much on getting our best squad to the tournament and then keeping them fit throughout. If they can achieve this, they will play at the pointy end of the RWC.

Are there any players who you think are going to make a stamp on the world cup and to increase their reputation?


David Pocock “ 7 (Australia). This boy is exceptional and has taken the art of 'pilfering' to a new level. If he is fit at the RWC, he will own the breakdown.

Francois Trinh-Duc “ 10 (France). Will be dependent on how settled France are at the RWC. If they come to play, Trinh-Duc will control the show. A strong running game and a slick passing game will keep all teams on their toes.

Sonny Bill Williams “ 12 (New Zealand). Hard to go past a Kiwi with the RWC in their backyard. A season of Super Rugby with the Crusaders is perfect prep for the International season. This guy will revel on the big stage with his powerful running skills and sublime offloads.

Who was your rugby idol growing up?

Roger Gould and Serge Blanco were the 2 men I enjoyed watching most. Both were very different players “ Gould big and strong, Blanco wonderfully balanced and quick. As a fullback, it gave me a good appreciation for the position.

What players take your eye these days?

I watch all levels of rugby these days as part of my development and also in recruiting for the Emirates Western Force. To name a few players, the older ones who have showing durability over an extended period whilst remaining at the top of their game ie. Sharpe, Matfield, Thorne, McCaw, etc.

How was it playing in the commonwealth games in Sevens?

I was fortunate to play in 2 Commonwealth Games; Kuala Lumpur and Manchester. Both were very different. We played over the first 3 days of the Games, wewon a bronze in KL, it was the first games that team sports were involved and I met some of the world's greatest athletes. Manchester was at the end of my career and the games were the last 3 days of the 11 day event; we entered the tournament as favourites with New Zealand and lost in the quarters to Samoa. The day after, my wife and I drove to Bath to begin my professional coaching career.

Did you prefer playing 15 a side rugby or sevens?

No preference to be honest. I love beginning involved with teams, the travel at both levels was educational and the experiences overwhelming at times. Both have a place in the rugby calendar.

How was it working with Robbie Deans as skills coach?

Robbie is a great bloke (as we say Down Under). He is a very calm and composed individual who has experienced large amounts of success in his career. I have been fortunate to work as an Assistant under 5 International Head Coaches. All have them have helped shape my philosophies on the game.

What was the feeling like when you realised you would be head coach of the Western Force?

I was obviously excited to be given the opportunity as Head Coach. My careers at Bath, Saracens and the Wallabies made me believe I was ready for the next step in coaching. The Emirates Western Force is a young team and it presents some challenges, however the people are incredibly willing and supportive to achieve sustainable success.

Shawshank Redemption, The Bourne Trilogy, Lord of the Rings Trilogy

Wife. She has moved around the world with our 3 kids to support my career whilst sacrificing hers

Aside from spending time with the family, I enjoying mowing the lawn. It gives me time to think

What do you think of talkingrugbyunion.co.uk?

Any one that supports rugby is good in my books

Finally “ if you had a message to say to your fans who have been supporting the western force week in week out, what would you say to all of them?

Feel the Force! The 'sea of blue' is without par in terms of loyal support. They are recognised throughout Super Rugby as the best home crowd and we are fortunate and thankful as a team to have them. The boys continue to work hard and would like to produce good performances each week in front of them.