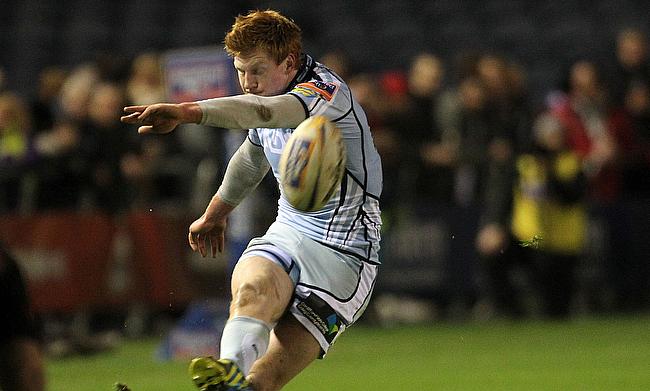 Biggar, who started the game with a drop goal and also followed it with a conversion was forced to leave the field for a Head Injury Assessment following a vital tackle on Australia centre Samu Kerevi that could have resulted in a possibly try.

Patchell, who himself kicked 12 points coming as a replacement for Biggar stressed on the importance of the tackle from the 29-year-old in the context of the game.

"Fair play, that was a real act of bravery on our line. He flew into Kerevi. We were thinking that maybe here is a try and then he comes in with that tackle," said Patchell.

"He takes a lot of heat in the press for whatever reason, but it's only when you are around him on a day-to-day basis what an unbelievable competitor he is and how much he wants to win."

Wales' 25-29 win over the Wallabies meant they top Pool D with nine points and Patchell wants his side to maintain the momentum with games against Fiji and Uruguay to come.

"We have put ourselves in a good position, but there are two games still to go in the group, and it's important that we rest up properly, recover properly and prepare correctly for Fiji.

"Australia was a job well done in terms of getting the result, but it doesn't count for anything if we don't back it up against Fiji."