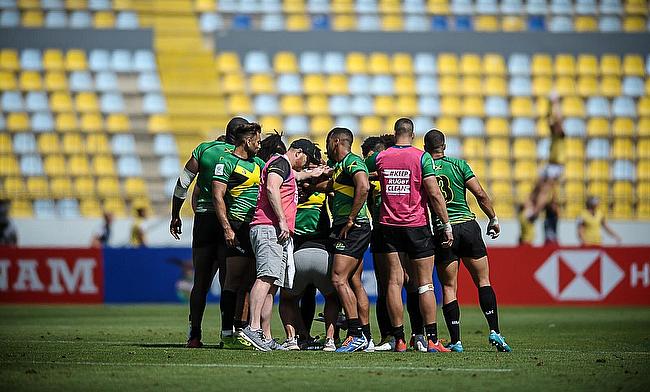 The rugby journey of Rhodri Adamson continues to be of interest.

First coming to the attention of Talking Rugby Union as a student at Newcastle University in 2016, the back has since gone on to represent Jamaica at a Sevens World Cup, play for Richmond in the Championship and he still harbours Olympic ambitions this summer.

Runners-up in their Olympic qualifiers in 2019, Jamaica will be coming up against the likes of France, Hong Kong and Ireland later this year for the last spot in Tokyo. Due to play at Hong Kong in a few months time too, for a place on the World Series, Jamaica have also been included in the Challenger Series, essentially a second division for the World Series.

A two-leg competition that took place at the tail-end of February, with 13 core teams and three invitational teams at each leg, Jamaica did not podium at either of the legs that took place in Chile and Uruguay, but did play eventual champions Germany and Japan over the two weekends.

Only playing Chile due to work commitments as well as being available for club side Cambridge, Adamson says that the experience was invaluable for both him and his Jamaica teammates.

“It is always cool to be in the tournaments organised by World Rugby because you are in and amongst all the teams and it is a pretty good atmosphere to be a part of,” Adamson said. “The more games we have against top opposition, the better for us.

“It has been an amazing journey watching the profile grow. There is a huge amount of pride being part of this team.”

Jamaica are all set for their #RWC7s debut and @Rhodri_7 has been with the team throughout their long journey to San Francisco. pic.twitter.com/8OueyHtEzJ

“We are sort of in that middle ground at the moment. I would say in our qualifying region we are far superior to a lot of the teams we have come up against and then, in these main tournaments, we are treading water a little bit in the middle of the field. So, it is good to play some of those teams on the cusp of the World Series.”

Pushing the likes of Japan, Germany, Hong Kong and Uruguay close across the two weekends, Adamson is confident that Jamaica are only making forward steps. With the Jamaica squad stretched across the globe with players in the United Kingdom, United States and Jamaica itself, the players spend precious little time together, making their achievements all the greater.

Competing in Hong Kong last year for a place on the Series and then losing to Canada in the final of the Rugby Americas North qualifier, it is difficult to think that the players hardly have any face time together. Already having proven themselves to be a competent side, Adamson believes that there is a fairly simple solution to improving the side’s fortunes.

“Conan (Osborne), he calls us the best Sunday league team in the world,” Adamson laughed, “It is great to look back on some of the achievements we have made, but on the other hand it is frustrating that we are so close, yet so far in terms of getting the correct funding and organisation. I feel like with a few months together, we could be up there.

“There is still a hell of a lot of work to do (in becoming real contenders for a place on the World Series)," says Adamson. "I think we are about halfway there. We are looking at a programme that has properly been going for three, four years, I would say we are about three or four more years off really challenging for a berth there.

“We just need to get past this awkward period of not getting much contact time together. All of the teams that we are going up against are fully professional outfits, they have all of their time together and it’s just those little bits where we are coming unstuck.”

As all readers will be aware, the continued world health crisis caused by Covid-19 means that there will be no rugby taking place until at least April. With that deadline likely to be extended, the next time we could see rugby on our television screens is at the Olympic Games in Tokyo.

At this stage, only able to look forward in the rugby calendar, Adamson says that gaining the final place in Japan will be an ask. Also, with various regional competitions and the new Challenger Series season over the next 12 months, the scrum-half believes that he and his Jamaica teammates will only be hoping to make forward steps.

“We have got our repechage coming up, which I think if we’re being honest, we are going to have to be absolutely firing to go deep into that tournament,” Adamson said. “I have a feeling that we might pick up a fairly sizable scalp because of the momentum carried on from the Challenger Series.

“Then towards the end of the year, we have our local qualifiers comp, with Canada not being in that, it would be a bid to win that and make it four of the last five RANs (Rugby Americas North) going to Jamaica and then it will be back to the Challenger Series, which may be extended to four legs.

“We just fell off this year, we’ve got to be proud of what we have done, got to be looking forward, not looking back. Try and get some big scalps again, get our name out a bit more. As bad as it sounds, we need money behind the organisation to help the training in both the UK and Jamaica. We are three or four years off the next step up.”