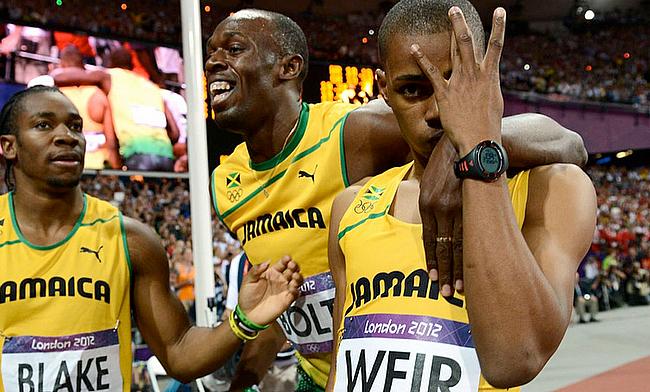 Warren Weir will be part of the Jamaica Sevens
©PA

Jamaica Rugby has announced the selection of sprinter Warren Weir in their sevens squad for the Central American and Caribbean (CAC) Games in Barranquilla.

The Jamaican sprinter is expected to give stiff competition to Perry Baker and Carlin Isles from America to decide on the fastest player of the competition that is scheduled between 19th July and 3rd September.

The move follows after Weir sustained a hamstring injury while representing Jamaica in the Commonwealth Games earlier this year forcing him to miss the remainder of the season.

Weir was delighted to try the rugby sport and is hoping to make his speed count which could be a pivotal factor especially in the sevens format.

"It has always been my greatest honor to represent Jamaica in any form," said the 28-year-old Weir.

"When I was approached about joining the rugby team because my pace would be an asset to the sport, I gladly took up the offer.

"My inclusion at the CAC Games as a rugby player must also not be seen as any kind of decision on my association with track and field as I am still a sprinter. I have just found another way to contribute to this country's great sporting legacy and I see no reason to limit myself."

Having trained alongside Usain Bolt and Yohan Blake, Weir has clinched a bronze medal in 2012 London Olympics and has also won the individual silver in 2013 World Championships and 2014 Commonwealth Games.

Weir also insisted that he will be taking the game with a motive to help the Jamaica sevens side gain a qualification to 2020 Olympics.

“I would love to be a Jamaican that went to two Olympic Games for two different sports. That would be an amazing achievement for myself. If we got there and got onto the podium, that would be a wonderful story to tell.”

What does everyone think of our new recruit? @Warren_Weir will be tearing up that rugby turf in just a few weeks... pic.twitter.com/wrdRS1jx7J