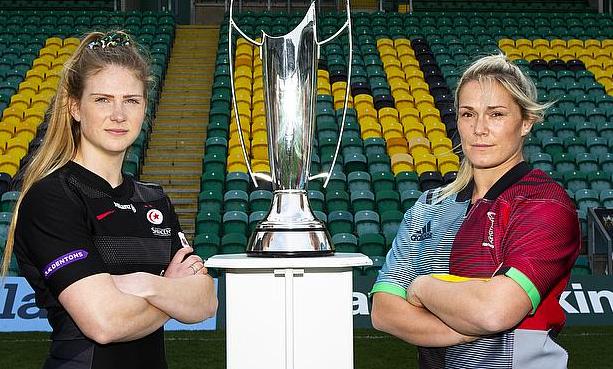 Saracens were the winners of the 2018/19 season
©Tyrrells

The Rugby Football Union unveiled on Monday the teams that have been invited for the next three seasons of the Tyrrells Premier 15s.

The tournament was launched in 2017 with an investment of £2.4 million spread across three years with the third season kicking off on 21st September with all 10 teams continuing to be part of the competition

The England board in August last year said an audit will be conducted for all 10 teams at the start of the 2019/20 season on the basis of their ability to deliver the Minimum Operating Standards and their on pitch performance and as a result the clubs were ranked based on the results.

The bottom four teams were invited to retender for a place in the competition and applications for tender opened to all RFU Member Clubs, universities and colleges that wished to apply with DMP Durham Sharks, Exeter Chiefs Women, Sale Sharks Women and Worcester Warriors Women making the cut following an interview.

“My thoughts and those of all of us at the RFU are with everyone impacted by COVID-19, both across the country and within our rugby union community," said RFU Head of Women’s Performance Nicky Ponsford.

"I’d like to thank all clubs for their co-operation, especially in recent weeks where even during these unprecedented circumstances, we have managed to adapt and continue to work to original timelines.

“We said from the outset that this process allows us to recognise the input of current clubs but still open up the league to potential new entrants with a geographical spread maintained where possible and that’s reflected in the results.

“The quality of the applications was very high.

“We’re looking forward to working with those clubs who have been with us since the league launched in 2017 as well as welcome Exeter and Sale, both of whom have exciting plans which will undoubtedly add quality to the division both on and off the field.”