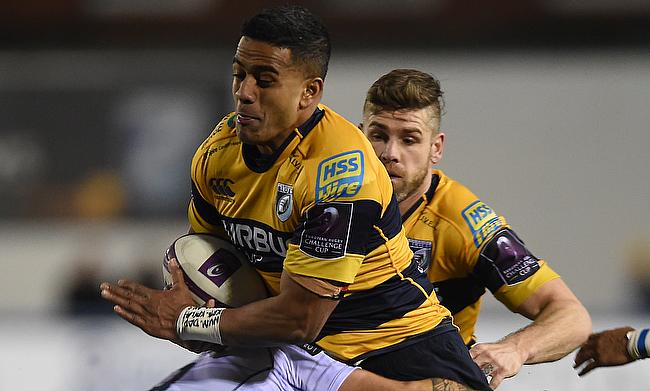 Cardiff Blues have confirmed that Samoa international Rey Lee-Lo has penned a long-term deal with the Pro 14 club.

The 31-year-old had stints with Super Rugby sides Hurricanes and Crusaders before switching to the Cardiff Arms Park in 2015 and has made 57 appearances for the Welsh regional club.

Lee-Lo told the club website: "I've loved my time here so far - we have a great squad and my family are really happy in Cardiff, so it was an easy decision to make.

"I'm enjoying my rugby and we have so many exciting, attacking players. The style we try to play really suits me, especially on the Arms Park, which is an amazing place to play.

"I'm excited by the squad we're developing, the players coming through and I'm confident we are heading in the right direction."

Lee-Lo's debut for Samoa came in 2014 and has gone on to play 17 Tests including the recently concluded contest against England at Twickenham last month.

Cardiff Blues chief executive Richard Holland said: "Rey has proved a brilliant addition since he arrived at Cardiff Blues and it is great to see how comfortable and happy he is here.

"He was the standout performer throughout last season and is proving instrumental once again in the current campaign.

"With more than 75 per cent of our squad Welsh, and with so many promising youngsters coming through our academy, it is vital to have a strong core of overseas talent to supplement that and pass on their experience.

"Rey has been invaluable in that respect and we are thrilled he will remain at Cardiff Arms Park for years to come."