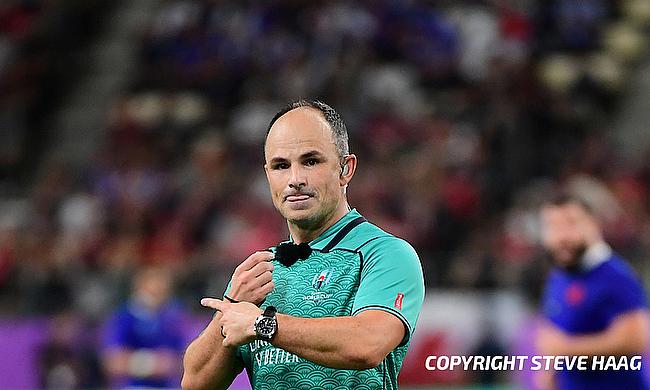 Peyper red-carded Vahaamahina at the start of the second half for elbowing Welsh flanker Aaron Wainwright on his face and the decision proved costly for France as they were edged out 20-19 ending their World Cup campaign.

The photo that was circulated on social media prompted the governing body to launch an investigation and it is understood that the 39-year-old has already issued an apology.

"World Rugby can confirm that the match officials selection committee did not consider Jaco Peyper for selection this weekend," World Rugby said in a statement.

"Peyper recognises that a picture of him with Wales fans, which appeared on social media after the Wales versus France quarter-final, was inappropriate and he has apologised."

Nigel Owens will be officiating for the game between England and New Zealand and will be assisted by French men Romain Poite and Pascal Gauzere with Marius Jonker as TMO.

France's Jerome Garces will officiate in Wales' encounter against South Africa and will be assisted by Ben O'Keeffe and Wayne Barnes with Ben Skeen as TMO.

“This photo if it is true is shocking and explanations will be necessary,” Simon said on Twitter.